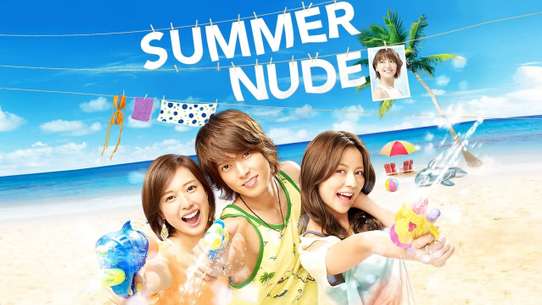 The BEST episodes of Summer Nude

Every episode of Summer Nude ever, ranked from best to worst by thousands of votes from fans of the show. The best episodes of Summer Nude!

Asahi Mikuri‎ya works at a photography studio, located near the sea. In the past, Asahi Mikuri‎ya dreamed of becoming a famous photographer, but now he as a cameraman for weddings and school events. Asahi Mikuri‎ya was also in love with a woman, but she suddenly left him. Natsuki Chiyohara‎ then appears in Asahi's life. Natsuki works as a manager at a well known Italian restaurant in Tokyo. During the worst moment in her life, when her boyfriend dumps her, Asahi appears and even takes a picture of that moment. Natsuki begins work as a chef at the "House of Sea," located in the same seaside town where Asahi lives. Asahi's former senior classmate runs the restaurant. Natsuki and Asahi have their past in common and they begin to get closer. Meanwhile, Taniyama is Asahi's former junior classmates. She holds feelings for Asahi.

#3 - The Summer Accustomed to Being Nude.. I'll Always be Next to You.

#8 - Goodbye my Beloved... Fated Reunion and the Conclusion of a Ten-Year Love

#9 - The Distance of the Heart of Someone Far Away Becomes Closer?

#11 - Chain of Unrequited Love... Down pouring Rain and Happy Tears