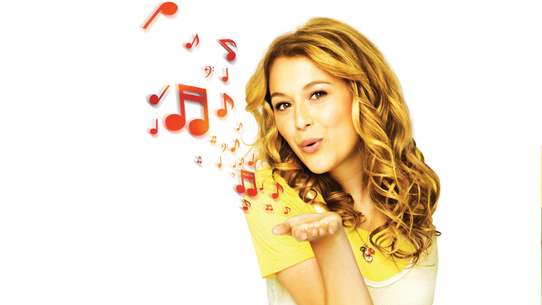 The BEST episodes of Ruby & The Rockits

"Ruby and The Rockits" follows Patrick Gallagher, a former teen idol who has chosen to lead a quiet life with his wife and two sons. But when his former Rockits band mate and brother, David, shows up unexpectedly with his new-found teenage daughter in tow, the Gallagher family's life becomes anything but normal. David, who refuses to give up his past glory days, comes to Patrick for help raising Ruby while he continues to perform. Patrick must now put the past with David behind them in order to help raise Ruby and keep order within the rest of the Gallagher clan.

When Patrick and David's mother comes for a visit, Ruby feels neglected by her lack of interest in her life.

David develops an attraction to the Spanish teacher at Ruby's school. Meanwhile, Ben comes up with a way to make Jordan and him some money.

Ruby confronts Jordan about his constant interfering with her life. Meanwhile, Patrick and David team up to help Ben get rid of his problems with the school bully.

David and Patrick have different views when Ruby remarks she wants to date an older man.

David decides to allow a magazine reporter accompany him and Ruby on a day of bonding. Elsewhere, Jordan wants to gather DNA samples from David and Ruby to see if she is truly his offspring.

In order to get closer to Ruby, Patrick decides to coach her soccer team. Meanwhile, David helps Jordan write a new song.

David Gallagher, a rock god from the 80's, and his daughter Ruby move in together after a long time apart. Recruiting the help of his family, David hopes to provide a stable environment for Ruby.

Ruby joins the student social committee and helps plan a father-daughter dance. David and Patrick argue about who should escort Ruby to the dance. Ruby wants her father, David, to take her, and Patrick agrees to host the dance. Jordan works on a song expressing his frustration with the way Ruby has changed the Gallagher household. The family panics when it looks like David might not show up in time for his dance with Ruby, but arrives just in time – and performs much to their dismay.

Patrick buys a new car and forbids anyone from driving it. Unfortunately, Ruby must break the rules when she has to pick up Jordan from a party.

While Patrick and Audie go away for the weekend, Ruby decides to throw a party with hopes of impressing the popular girls at school.