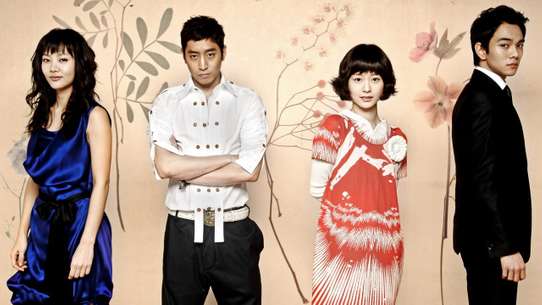 Kang Tae Joo (Eric) is a player with charm and good looks who always dates rich women. One day, he finds a strange poor girl named Han Eun Soo (Jung Yoo Mi) sleeping in front of his door. Although he initially despises her, he eventually finds himself falling for her. Cha Hye Lin (Yoon Ji Hye) is the daughter of a rich shopping mall CEO. Her first love, Shin Joon Hyuk (Lee Kyu Han), dumps her at her father's request. Hye Lin buys herself a new boyfriend to make her ex jealous. That man is Kang Tae Joo, and during their contract relationship, Hye Lin begins to fall in love again. However, Tae Joo already has a girlfriend and he can't forget her as easily as he has forgotten all the women in his past. This drama is basically about the redemption of Kang Tae Joo from bastard to human.