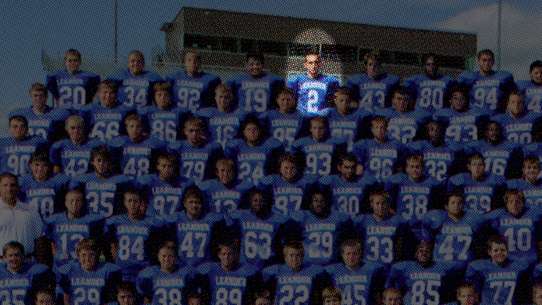 The BEST episodes of Outcry

Every episode of Outcry ever, ranked from best to worst by thousands of votes from fans of the show. The best episodes of Outcry!

A five-part documentary series examining the gripping story of high school football star Greg Kelley and a quest for truth and justice. Few people experience the momentum that Kelley had going into his senior year in Leander, Texas. That all changed when he was convicted of sexual assault of a four-year-old boy, and sentenced to 25 years in prison with no possibility for parole. But a groundswell of support emerged for Kelley, calling into question the investigation, the prosecution's tactics and ultimately, the validity of the conviction.

Greg has been in legal limbo for nearly two years, waiting for the Texas Court of Criminal Appeals to decide on his case. Private emails obtained by Greg's lawyer provide further evidence that highly unusual alliances are being formed behind the scenes to deny Greg of his innocence. The possible alternate suspect in Greg's case is convicted of a serious crime, raising more questions about the viability of Greg's guilt. A decision is finally handed down by the courts, and Greg's fate is determined. Finale

Controversy around the conviction of Greg Kelley continues to grow in Williamson County. Tension and division build between those convinced of Greg's innocence, and those who steadfastly believe the four-year-old child. Protests on both sides erupt in the streets and online, as an unlikely advocate for Greg emerges to lead a movement. The Cedar Park Police Chief becomes further involved by adamantly defending their investigation. With few options available to Greg, a new lawyer takes up his case in an effort to prove his innocence.

The newly-elected Williamson Country District Attorney agrees to a hearing on Greg's case. The hearing puts the case under a microscope, revealing some disturbing holes in the investigation and legal lapses in protocol. The Texas Rangers conduct an independent investigation, uncovering additional clues that point to a possible alternate suspect. Despite the mounting body of proof supporting Greg's innocence claim, several damning pieces of evidence cannot be ignored, including new information that the Texas Rangers uncover.

While Greg Kelley awaits a final decision on his case from the notoriously conservative Texas Court of Criminal Appeals, he and his supporters demand a probe into the Cedar Park Police Department and Detective Dailey for their handling of the investigation, and the City Council begins a third party review into the department. Despite the uncertainty surrounding his future, Greg tries to imagine a life post-exoneration and reignites his dreams and efforts to play college football.

Revered high school football star Greg Kelley had already accepted an offer to play college ball, and was looking forward to a legendary senior year. That all changed when he was accused of molesting a four-year old boy at an in-home daycare. After an investigation by the Cedar Park Police Department, the DA believed they had an open and shut case. Greg was sentenced to 25 years in prison without the possibility of parole. However, a surprising show of community support for Kelley called the investigation and conviction into question.