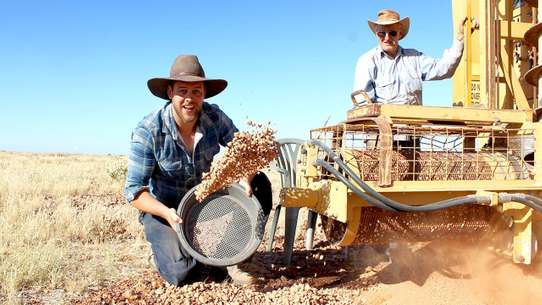 The world's toughest treasure hunters push their bodies and bank accounts to the limit on a quest to strike it rich, hunting the legendary Queen of Gems - Opal. Australia produces more than 90% of the world’s opals. Hidden beneath outback desert plains lies a hidden bounty, 30 million years in the making, waiting to be discovered. Opals are one of the most valuable gemstones on the planet – one stone alone can fetch a million dollars – and it's the dream of striking it rich that drives these crews to push their bodies and bank accounts to breaking point.