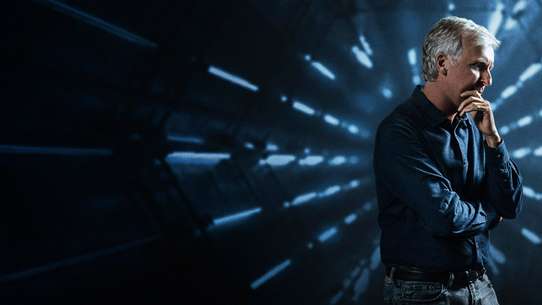 The BEST episodes of James Cameron's Story of Science Fiction

In each episode, host James Cameron introduces one of the “Big Questions” that humankind has contemplated throughout the ages and reaches back into sci-fi’s past to better understand how our favourite films, TV shows, books, and video games were born. Cameron and his contemporaries – Steven Spielberg, George Lucas, Ridley Scott (among other Directors as well as many Artists) who have helped fuel sci-fi’s spectacular growth over the last several decades – debate the merits, meanings, and impacts of the films and novels that influenced them and discuss where the genre — and our species — might be going in the future.

Science fiction's fascination with the possibilities of outer space.

Technology is at the heart of science fiction. Steven Spielberg, Arnold Schwarzenegger, George Lucas and others attempt to answer the question: Will the smart machines that science fiction predicted save humankind or lead to our demise?

Christopher Nolan, Keanu Reeves, Christopher Lloyd and others take a look at how, in science fiction, time travel offers the chance to correct history's mistakes... while creating entirely new ones.

From Frankenstein to Stranger Things, what terrifies us about monsters in science fiction? Guillermo del Toro, Ridley Scott, Milla Jovovich and others explore why we like being scared so much.

From its earliest days, science fiction has asked whether or not we're alone in the universe. Steven Spielberg, Ridley Scott, Sigourney Weaver and others ponder the question: What can aliens teach us about ourselves?

Steven Spielberg, Christopher Nolan, Robert Kirkman and others explore what happens... when the world goes to hell? How does science fiction imagine the end will come about? And could I survive?