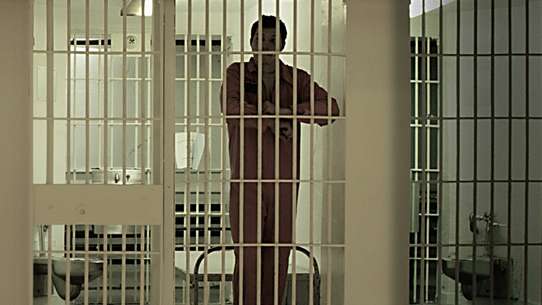 The BEST episodes of Jail

Every episode of Jail ever, ranked from best to worst by thousands of votes from fans of the show. The best episodes of Jail!

You’ve seen ’em do the crime, now see ’em get the time. From John Langley, producer of the groundbreaking Cops, comes the next big law enforcement reality series Jail. Shot on location in cities across the U.S., Jail follows prison inmates from their initial booking through their first moments behind bars. Each episode captures the harsh and sometimes humorous reality of what happens to criminals after they’re caught. If its groundbreaking, its on MyNetworkTV

A man is arrested for forgery, but his belligerent behavior lands him in isolation.

A trio en route to the annual Electric Daisy Carnival is busted with a large amount of psychedelic 'shrooms in their car. A young lady learns that girls get searched too after her friends convince her to hide drugs in her bra.

An angry wife stabs her husband and he ends up in hand cuffs.

Angry over her arrest, a woman becomes combative with officers. Busted once again for drugs, a smart young woman knows she is making dumb choices but can't stop using. A man eluding the police swipes food from his workplace before landing in jail. Officers get a laugh from an arrested panhandler who wants to buy a permit for panhandling.

A young father pulls a desperate double robbery to make ends meet; a routine shakedown gets deadly when officers uncover alarming contraband; an inmate plays innocent about her criminal past until she's confronted by officers.

Naked meditation in a parking lot lands a street artist in jail.

Over the course of a single shift, officers go toe to toe with a hotheaded inmate refusing to change cells without a fight, and deal with the whims of a homeless man who demands room service and a better cell.

A trustee finds himself in hot water after officers discover his contraband; an oil worker doesn't think the charge fits the crime after stealing two hedge trimmers; conflict arises when an officer and inmate butt heads.

A woman confesses to having drugs hidden where they can't be seen.

An angry woman smashes her cheating boyfriend's windshield with a spike while riding on the hood of the car.

Officers warn a man that dressing up like a clown in Texas is not a good idea.

Officers find hidden drugs on a burglary suspect during a pat down that leads to a tense confrontation. A beer sets off a fight between a mom and her daughter causing one family member to end up in jail. A rare event takes place in the county jail - a woman arrested for a warrant is in a good mood. Punching a pit bull while drunk lands in man in jail where he comes face to face with a childhood hero.

A man arrested for domestic violence threatens to put all the officers in jail. Inmates on kitchen duty get into a fist fight over a dish towel. A woman unsure about her sexual identity is arrested for trespassing at a friend’s home. Officers find an unusual bit of clothing when a man is changed into a jail uniform.

A family reunion ends with a bruised and bloodied husband.

A married boyfriend gets his young lover arrested.

A drunk trapeze artist takes a drive on his moped.

A bar fight sends a UFC fighter to the hospital and the bartender who slugged him to Jail.