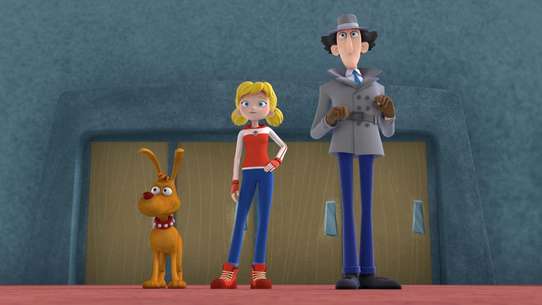 The BEST episodes of Inspector Gadget (2015)

Inspector Gadget, the world's favorite bumbling detective, is back in this all-new animated series that also sees the return of his nemesis, the evil Dr. Claw. With his nephew Talon by his side, Dr. Claw has reactivated his global crime syndicate M.A.D. and has his sights on taking over the world, unless Gadget, his niece Penny and her dog Brain can stop him -- again.

#2 - Lost in the Lost City of Atlantis

Dr. Claw plans to destroy Gadget with a device that causes Penny to keep reliving the same bad day

MAD and HQ race to get control of Dr. Claw's dangerous -- and sunken -- submarine

Dr. Claw and his mother devise a donut recipe meant to put the world into a stupor

Gadget ingests a device that is due to explode

Gadget, Penny and Brain travel the to Canadian Arctic to visit a town of happy Gadget fans

#9 - Diamonds Are a MAD's Best Friend

Gadget, Penny and Brain search for the Lost City of Diamonds

Brain and Penny go undercover at the Dog & Boney show

Gadget provides security for a pop star whose army of fans proves an attractive target for Dr. Claw