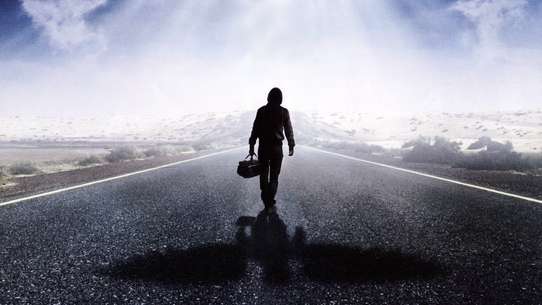 The WORST episodes of Highway to Heaven

The series stars Michael Landon as Jonathan Smith, an angel sent down to earth "on probation", and his human companion Mark Gordon, played by Victor French. Jonathan and Mark are given "assignments" by "The Boss" (God) where they are required to use their humanity in order to help various troubled souls to overcome their problems. Examples of these problems include families dealing with sick loved ones; wealthy and greedy businessmen being encouraged to use their wealth for good; and discouraging prejudice in regards to people of different ethnicities, appearances, or socioeconomic backgrounds or who have disabilities. Jonathan's mission on Earth is to do enough good so that he could earn his wings and, presumably, ascend to heaven. Due to the close relationship that builds between Jonathan and Mark, this becomes a contentious issue as Mark does not want to lose his friend, and sometimes tries to prevent it from happening.

A pastor must follow a church council's decision to fire most of the staff at the school because they're not Christian.

Thinking Jonathan has turned into a dog, Mark embarks alone to unite a young runaway with his family.

A Vietnamese couple has come back to the states from Singapore to try and take their sons back. Mr. and Mrs.Trong find it somewhat difficult to be able to just take their sons back after 12 years of living in America. The Hawkins were led to believe that Mr. and Mrs.Trong died in an internment camp 12 years ago but soon learn that the Vietnamese couple did survive and have come back to have a promise fulfilled nearly 12 years ago. Jonathan Mark must see if they can let the boys stay in the United States with the Hawkins and released from a promise made 12 years ago.

On Christmas Eve, Jonathan allows three powerful people to foresee the consequences of their actions: an energy magnate, a farmer and the President.

After suffering major burns in a freak accident, a top fashion model and actress becomes a counselor at a summer camp for blind children run by Jonathah and Mark's blind friend Frank.

A former war vet lost His legs in the war. He later on realizes that even though He's handicapped, He still has a lot to offer.

Mr. Zelinka is a beloved teacher who is forced to retire because he has reached the retirement age of 70. The school board president feels that he's teaching responsibilities are too much for him. The students of Lincoln High School plan a birthday party and retirement party as well. They feel their efforts go down hill when their teacher doesn't want to attend the party because of the retirement notice he received. The students gathered together to form a petition to stop their teacher from retiring but face a big battle when they try to present their petition before the president of the school board who has no intention of changing his mind or listening to what the students have to say.

As part of the latest assignment, Mark returns to Oakland to become a police officer again and is reunited with his old partner, but things are not the way he left it when he finds his old beat has become a storm of racial hatred.

It's Mark's high school reunion. His aging comrades from high school must come to terms with the fact that they're not the young popular people that they used to be.

The son of a Nazi death camp survivor clashes with a Neo Nazi who disputes the Holocaust with tragic results.

Mark and Jonathan try to reunite a mother with her son who is now the premier of the U.S.S.R. When he is told that his mom would like to see him he believes Jonathan is with the CIA and not an angel.

Jonathan is working as a teacher at a college. And the focus of his assignment is a young boy genius who's accepted to college. The boy feels like an outcast. His roommate is a guy who's on an athletic scholarship. When his roommate has trouble in a class, he's asked to help get him a copy of a test. But when it's found out what happened, things get out of hand.

Jonathan tries two teach two kids the right way to report a story. But after a bus accident they report the story incorrectly leading to the bus driver losing his job.

A small town Doctor is in bad health but he can't afford to retire and there is no one else to take his place.

Frank Reilly wants to get his sight back but soon realizes that the procedure the doctor wants to perform will do him no good. Meanwhile Scotty is just about to lose his sight and isn't sure what his future will be like without sight. Before he loses his sight he must learn to do things as a blind person would do. Frank and Scott must help each other realize that even though both of their dreams are ending they still have their own futures to find.

Jonathan assists a misguided angel who has been trying to get his wings for 200 years.

Mark and Jonathan help Danny and Kate overcome their height issues as they get ready for prom.

Jonathan and Mark go to school undercover to try and find out who is responsible for selling illegal drugs that killed a student.

Jonathan and Mark train Morty to be a price-fighting boxer. His brother Jerry is hiding a dangerous secret from him. Jerry is servicing his brother as a trainer/manager in the hope of paying off some debts.

Commander Michaels continues to deal with post-traumatic stress disorder she also discovers she has son who came in to the emergency room do to a motorcycle accident. David wants to meet his biological mother but makes his adoptive parents worry about the meeting.

Jonathan and Mark taken a couple back in time to help them understand what life would of been like had they not met each other 49 years earlier. Clarence and rose are about to divorce each other because they have fallen out of love.

A modern-day Hollywood retelling of the Cinderella story, only this aspiring actress Cindy wants to be accepted for who she really is and not the Eliza Doolittle her well-meaning dad wants to transform her into.

Touched by an Angel