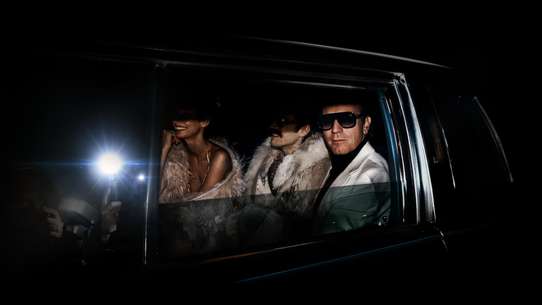 The BEST episodes of Halston

Every episode of Halston ever, ranked from best to worst by thousands of votes from fans of the show. The best episodes of Halston!

His name built an empire. His style defined an era. American fashion designer Halston skyrockets to fame before his life starts to spin out of control.

With his career in a nosedive and his personal life a mess, Halston receives an artistic lifeline from an old friend before embarking on a last journey.

#2 - The Sweet Smell of Success

Creating a new perfume turns into a fraught and emotional venture for Halston, whose love life grows increasingly entangled with his expanding empire.

Halston considers a fateful business deal and meets a charismatic escort while struggling with old insecurities ahead of a historic fashion show.

Halston's nights of excess at Studio 54 and days fueled by cocaine take a toll as he suffers ruptured friendships, stiff competition and a sudden loss.

Looking to reinvent himself, Halston sets out to create a signature look, assembling a design team and finding inspiration in new friend Liza Minnelli.