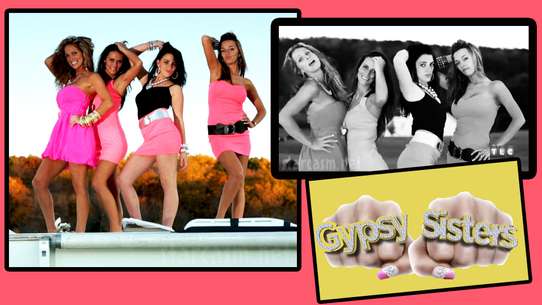 The BEST episodes of Gypsy Sisters

``Gypsy Sisters'' follows the roller-coaster lives of the Stanleys, a loud and proud clan from Martinsburg, W.Va., whom viewers first came to know in TLC's ``My Big Fat American Gypsy Wedding.'' The new series focuses on the four women at the center of this outrageous family led by matriarch Nettie, a gossip-stirring mother who loves to stick her nose in the lives of her nine children. But it's her out-of-control younger sister Mellie, dubbed the black sheep of the family, that Nettie contends with most. Mellie is a stripper with a penchant for drinking and fighting, earning her the town nickname ``Hellie Mellie.'' Kayla, Nettie's cousin, strives to be the perfect Gypsy wife but often disagrees with her husband on the best way to raise their teenage daughter. And Kayla's sister-in-law Laura -- though not Roma by blood -- considers herself one at heart.

#3 - The Calm Before the Storm

As their epic trip in New Orleans comes to an end, the ladies prepare to head home and face reality. After weeks apart, Kayla finally confronts Richard about their broken marriage. Later, Mellie and Dallas throw their sons a joint first birthday party.

As Mellie's prison date gets closer she must make many decisions regarding Robbie, her baby and her future.

Kayla and Richard are eager to share their big news with the rest of the family- they’re engaged.. again! Nettie and the girls plan a last fling before the ring, hoping the happy couple can finally put their issues behind them.. but they aren’t convinced.

Mellie and Robbie set a wedding date; Laura plans a 15th anniversary party for Kayla and Richard; a bachelorette party to Ocean City.

Mellie's honeymoon phase is short-lived, a pregnancy complication sends her to the hospital and she spends time in jail; Kayla and Richard must deal with their daughter dating an older gypsy boy.

After Mellie moves in with Kayla and Annie. it leaves Nettie and JoAnn thinking about her allegiance.

After weeks of living apart, Kayla and Richard finally meet to discuss the status of their marriage. Later, Mellie, Nettie and Joann take the kids out for a day of canoeing and some much needed family fun in the sun.

Nettie and Kayla get in a fight over who will plan Mellie's wedding; Kayla and her husband are at odds over how to raise their teenage daughter; Mellie's ex-con mother gets released from jail which threatens her own sobriety.

Nettie, Kayle and Laura suspect Mellie may be pregnant despite her denial; Nettie and Lottie Mae refuse to speak to each other; Mellie has serious doubts about the wedding

Dovie organizes a spiritual healing for the girls, but a fight erupts between Dallas and Annie.

Matriarch Nettie Stanley worries that her sister Mellie's stripping and fighting are getting out of hand; Mellie's ex-boyfriend Robbie comes back into town; Kayla's trip to the racetrack is derailed by Mellie's drinking.

The girls continue their adventures at the dude ranch; news of tragedy changes everything.

The girls head to Ocean City for Kayla's bachelorette party, where Kayla receives a disturbing call from Richard that leads her to question the future of their marriage.

The gypsies get down and dirty on a quest to become cowgirls; cleaning stalls and herding cattle.