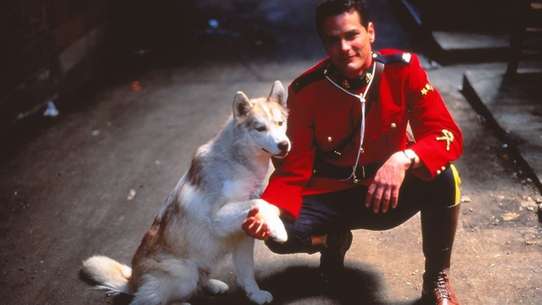 The BEST episodes of Due South

Every episode of Due South ever, ranked from best to worst by thousands of votes from fans of the show. The best episodes of Due South!

Benton Fraser comes to Chicago in an attempt to find out who killed his father. After solving the murder, he decides to stick around and work for the local Canadian consulate. He has made friends with a local detective, Ray Vecchio, whose sister, Francesca, has a major crush on him. Although Vecchio is often confused by Benton's strange way of doing things and Benton is often confused by how things are done south of the border, the two get along famously.

Fraser and Kowalski pursue an arms dealer to the Yukon, where they join forces with Buck Frobisher's detachment.

Fraser and Ray try to help out Del, a witness to a bank robbery, only to learn that he's protecting his father, who they need to convince to show a good front for his impressionable son.

Ray has misgivings when Beth Botrelle, a woman he arrested years ago for murdering her police officer husband,is scheduled to be executed. Accompanied by Fraser, he tracks down evidence that proves her innocense.

Fraser takes an interest in a homeless man who accuses him of kidnapping a young girl.

Fraser's childhood mentor(Tom Quinn)arrives in Chicago with the hope of stopping a U.S. company from constructing a hydro dam that will leave his northern village under water.

A plane crash blinds Fraser and strands the pair in the wilderness. Fraser and Ray's vacation to Canada to rebuild his father's cabin doesn't go as planned when it turns out the pilot of their airplane is actually an escaped felon. The felon jumps out of the plane, causing it to crash. Fraser is blinded in the crash, and eventually loses the use of his legs. Ray tries to carry Fraser out of the woods, and the two cops still have to catch the felon, while dealing with the ghosts of their two fathers.

#7 - Burning Down The House

Fraser returns from vacation to a blazing apartment and a new partner, Stanley Ray Kowalski. After trashing half of Canada in pursuit of a felonious litterer, Fraser is contacted by Ray, who says he can't pick the Mountie up when he arrives back in Chicago. When Fraser gets home, he finds his apartment building gone: all that remains is a pile of blackened rubble, the result of a 'performance arsonist.' Worse yet, when he arrives at the precinct, he finds a stranger masquerading as Ray Vecchio and, curiously, no one seems to realize this except Fraser. Fraser decides to go along with this ruse, all the while utilizing a variety of detection techniques (fingerprints, dental imprints, etc.) as he tries to unravel who the mysterious person is who now answers to the name Ray Vecchio. Along the way, Ray's house is torched (Fraser rescues both Frannie and her perpetually unemployed brother-in-law, Tony, but the goldfish befalls a foul fate when Diefenbaker eats him). Fraser finds more eviden

Thatcher, Kowalski, and Welsh all see a murder at a local mall, and the daughter of a wealthy man is implicated in the killing. It takes a lot of fancy footwork on Fraser's part to prove the identity of the real killer.

Fraser must find a flight attendant's killer before her father does.

A female Mountie who comes to Chicago after two murder suspects has a strange attraction for Fraser.

When a woman from Fraser's past shows up in Chicago, he is drawn to her again, but not only is she hiding a secret, she's running from another man.

Kowalski stakes out a crypt to face his nemesis; Internal Affairs investigates Vecchio.

Fraser and Kowalski try to reward a reluctant hero but blow his protected-witness cover.

Ray arrests a mob boss for minor assault, and Fraser is determined to make it stick.

When a little boy gets sick from eating meat purchased from a local grocery, Fraser investigates and learns that it's actually horse meat. He begins making the rounds of the auction houses, and not only does he find out who the culprit is, he also finds romance with an attractive horsewoman.

Diefenbaker, straying from the apartment, is impounded.

Ray finally finds the woman of his dreams only to find out she's an illegal arms dealer.

#18 - An Invitation to Romance

Fraser lands in hot water with a suspicious fiance.

Hospitalized Fraser takes interest in an apparent crime. In the aftermath of 'Victoria's Secret', Fraser finds himself hospitalized, recovering from Ray's bullet. The two friends try to get past this bump in their friendship. Meanwhile, Fraser and his physical therapist, Jill Kennedy get drawn into a blackmail and murder case, partially witnessed through Fraser's hospital window.

After a voodoo priest dies in a cell, his body disappears from the morgue.

A murder-for-hire business has a unique body disposal system...funeral caskets.

Fraser and Ray help a shoemaker terrorized by a mobster.

Kowalski is framed for the murder of a crime boss. Fraser protects him by letting him stay at the consulate which is official Canadian territory. While Ray and Turnbull are stuck at the consulate, Fraser tries to find the real killer.