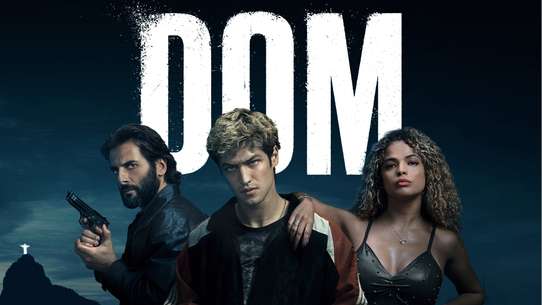 The BEST episodes of Dom

Every episode of Dom ever, ranked from best to worst by thousands of votes from fans of the show. The best episodes of Dom!

Follows Victor, a police officer who dedicated his life to fight the narcotraffic war and to help his son Pedro, a drug addict who became one of the most wanted criminals in Brazil.

After an unsuccessful heist and the death of a gang member, Pedro ends up being kidnapped, putting his mother and sister in a risky situation. They come up with a plan to rescue him while Victor, on finding out about his son’s abduction, swears revenge on the perpetrators.

Clean and serene after months of rehab, Pedro is lured right back into drugs and crime.The police are on his tail. In 1978, Victor joins the Civil Police and, during an operation in the favela, he runs into an old acquaintance. Disillusioned, he joins a unit that promises to rid Rio de Janeiro of drugs.

Pedro becomes annoyed at Lico’s constant blunders during robberies. In 1995, at 14 years old, Pedro and Lico start doing cocaine. They carry out their first burglaries to support their addiction. In the 1970s, young Victor is pressured into snorting coke for the first time. He questions his own actions as an undercover agent and considers walking away from the mission

After a failed attempt to reconcile with his father, and irritated by the mistakes of the previous robbery, Pedro considers quitting, only to come up with a plan for an even bigger theft. In 1970, Victor infiltrates the slum and meets the drug lord who wants to make cocaine popular in Rio de Janeiro.

At the age of 15, Pedro undergoes a brutal period of rehab treatments. As an adult, devastated by a terrible loss, he succumbs completely to his drug addiction. His friends worry he might OD. In 1970, young Victor takes a risk and makes one more delivery for drug lord Ribeiro.

After being rushed to the hospital due to an OD, Pedro gives rehab another shot, far away from Rio de Janeiro. In 1999, at age 18, he’s released from the Juvenile Detention Center. His relationship with his father takes a turn for the worse. In 1970, young Victor strengthens his ties with Ribeiro and learns all about the complex operation behind getting drugs delivered to the Favela.

Under threats and unable to fight against his addiction, Pedro meets Jasmin and joins a gang of luxury home thieves. Victor seeks an informant in an attempt to find his son´s whereabouts. In 1970, a young Victor takes part in his first and complex drug bust.

Rio de Janeiro, 1999. When a young middle-class guy gives in to drug addiction, his father, a policeman, goes to his rescue in the slums. Victor is a father whose mission in life is to win the war on drugs. Meanwhile, his son Pedro keeps losing his battles against them. Being on opposite sides of the same war will make their relationship crumble.