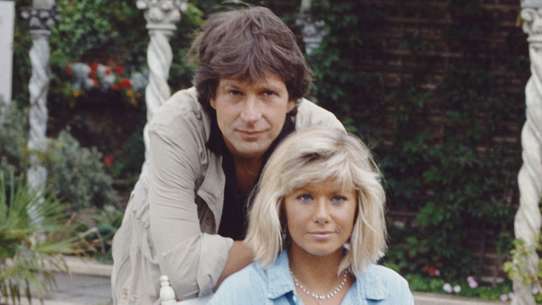 The BEST seasons of Dempsey and Makepeace

This detective/police drama series was based around two mis-matched detectives. Lieutenant James Dempsey was seconded to a new undercover section of Scotland Yard known as SI 10. This was for his own protection following a corruption scandal in the New York police department. Once in London, Dempsey was partnered with a beautiful female Detective Sergeant named Harriet Makepeace, who prefered to be known as "Harry". Together, they worked under the extremely watchful eye of Chief Superintendent Gordon Spikings. Dempsey and Makepeace never really agreed with each other's methods of police work, but they managed to get the bad guys. Michael Brandon and Glynis Barber made the roles of "Dempsey and Makepeace" their own. Their on-screen relationship could never prepare the public for what was to happen in real-life. Michael and Glynis became husband and wife on November 18th, 1989. On November 21st, 1992, three days after their third wedding anniversary, Glynis gave birth to a baby boy, Ale.