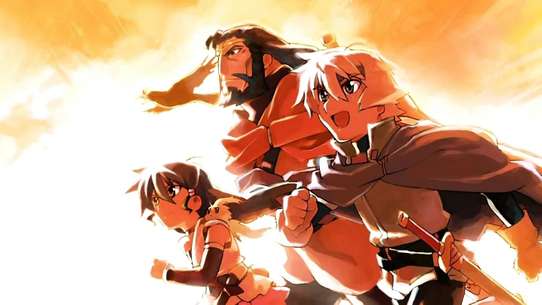 The BEST episodes of Deltora Quest

Deltora is a land of Monsters and Magic... The evil Shadow Lord is plotting to invade Deltora and enslave its people. All that stands against him is the magic Belt of Deltora with its seven gems of great and mysterious power. When the gems are stolen and hidden in dark, terrible places throughout the kingdom, the Shadow Lord triumphs and Deltora is lost. In secrecy, with only a hand-drawn map to guide them, two unlikely companions set out on a perilous quest. Determined to recreate the magic Belt of Deltora and rid their land of the tyrant, they cross the continent in search of the gems

#3 - The Identity of the Ol Disguised

Lief begins his journey with Barda to collect the seven gems of Deltora and save the land from the evil clutches of the Shadow Lord.

Lief, Barda and Jasmine awaken in a mysterious city of Nezunuku. The inhabitants are meticulously clean. Filli frightens the people of Nezunuku and Lief and his friends are captured and must play a game of luck to determine if they live or die.

Lief and Barda attempt to fight Gorl, but fail, with Barda being injured. Again, they are saved by Jasmine who succeeds in killing Gorl. They take the topaz and the elixer.

Lief and Barda are captured by the Wenn, but eventually saved by a girl named Jasmine. The three head to the center of the forest, where they meet Gorl.

Danger awaits the group as they head for the gathering place where the seven tribes must meet to restore the Belt of Deltora's power.

Lief must battle the Shadow Lord to finish his quest, after attaining the last piece of the puzzle.

Lief, Barda, and Jasmine much each solve a difficult riddle in order to safely cross a bridge.

The fight with Sorudein continues resulting in the red ruby being claimed. The witch Thaegan appears and interrupts the brief moment of hope.

Lief and his friends avoid gnomes and arrive at Dread Mountain, where they encounter the Grey Guards and a powerful monster.

The identity of the seventh gem's guardian stuns the group, who enter a tough battle to protect the belt and obtain the gem.

Lief, Barda and Jasmine discover the location that the mysterious food is being transported too and come into contact with a strange acquaintance. They are provided with several gifts before trying to find passage over a broad river.

Lief's resolve is renewed after he dreams about his parents.

The group must locate the royal heir after finding the last of the seven gems.

A spy remains undetected among the united seven tribes. Lief is concerned but focuses on the pledging ceremony in hopes that the royal heir will be found.

The forces of evil try to keep Lief from completing his quest and saving his kingdom.