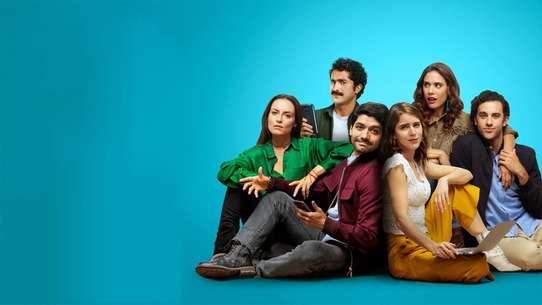 After the betrayal of her fiancé, Cristina looks for a roommate and finds Alejandro, whom she thinks is gay. When Alejandro decides to confess the truth, it is too late, both are completely in love.

Cristina realizes Alejandro is wearing the exact same shoes as the man Esther kissed in the bathroom the night before, and instantly remembers him telling her that he's not actually gay.

Cristina faces Eduardo at Rodrigo's birthday. There, Rodrigo slips up and reveals to Eduardo that Alejandro is gay. Cristina is humiliated, but Alejandro kisses her in front of everyone.

Cristina goes out on a date with a former high school sweetheart, but they argue over Alejandro. Miguel, drunk, takes mariachis to Cristina's house; she and Rodrigo believe that he is trying to win back Alejandro.

Esther meets Cristina, asks her for help with the party, and discovers that Alejandro has lied to her. Esther manipulates Alejandro, who is afraid he will reveal her secret. Miguel gives in to Hannah's charms.

Cristina decides to reinvent her life with the help of Alejandro and his friends. Guillermo suffers from the routine of his family life. Rodrigo is disappointed to discover that Mauricio is not who he thought he was.

Although Rodrigo and Hannah feel jealous of Alejandro for his friendship with Cristina, they end up accepting him into the group. Graciela seeks to prevent Camilo from disclosing her family life on the internet.

Esther confesses to Cristina that her and Alejandro were almost married. Cristina and Alejandro drunkenly return to their apartment and he finally tells her that he isn't gay, but she's passed out and doesn't hear a thing.

Cristina cancels her wedding when she finds out that Eduardo is cheating on her, and starts a casting to find the ideal roommate. Alejandro goes to the casting, but he must pass himself off as gay for Cristina to accept him.

Cristina and Alejandro's friendship grows stronger, while they live their torments: she tries to rebuild her life, and he deals with his conscience. Graciela does the impossible to win back Guillermo.