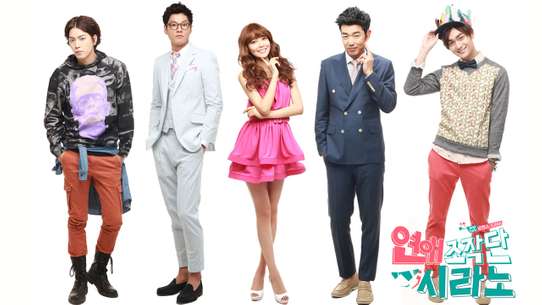 This drama is about a dating agency that orchestrates romantic scenarios for paying clients, all in an effort to raise enough money to save an old theater. After Seo Byung Hoon (Lee Jong Hyuk) loses his best friend in an accident, the once-renowned theater director suffers from guilt and decides to save his late friend’s theater troupe. Using his masterful stage skills, he forms the Cyrano Dating Agency. Meanwhile, Gong Min Young (Choi Soo Young) is one of the members of the dating agency. She clashes with Byung Hoon due to their opposite personalities. Cha Seung Pyo (Lee Chun Hee) is a man with a mysterious past and the chef of the restaurant that’s next door to the theater where the dating agency is housed. Moo Jin (Hong Jong Hyun) recruited into the dating agency because of his genius engineering skills. He is the brains behind all hi-tech gadgets used by the agency in the field. A Rang (Jo Yoon Woo) is a 19 years old high school young boy who dreams of becoming a theater actor.