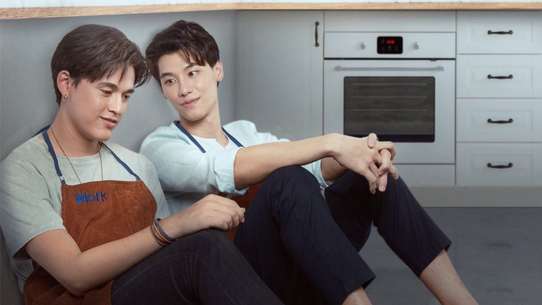 The continuation of Kao, Pete, Sun and Mork's story. Kao and Pete being in a blissful romance, have grown closer. But with Kao being closeted from his mother, he fears the dreaded thought of her finding out. His mother then introduces Non, a son of a colleague, as he requires tutoring from Kao. With Non constantly giving off 'iffy' vibes towards Kao, it only fuels Pete's jealousy. Their relationship is put in strain, but through this, they must ultimately overcome each other's flaws. They both blossom in their youthfulness coated by their everlasting fondness for one another. Surrounded by the wonder of dark blue, Pete and Kao surrender to their feelings. Sun starts taking hints from his unrequited love and slowly gives up on Kao. Through this Mork happened to possibly comfort him. Whilst Sun pushes Rain to stay away from Mork, the younger man's uncontrollable behaviour brings him in. As his wildness is intriguing, Sun's seriousness holds Mork down somewhat. Underneath it all, the two start to care for each other. However, with Mork's dangerous life, he can't shake who he is. But maybe he can for someone like Sun.