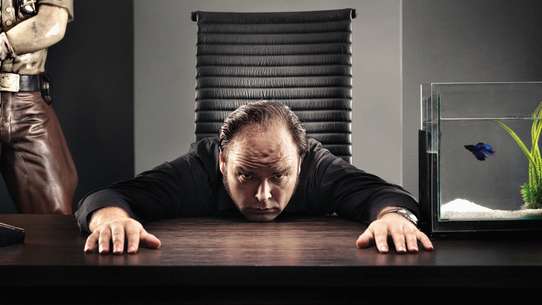 Every episode of Dag (2010) ever, ranked from best to worst by thousands of votes from fans of the show. The best episodes of Dag (2010)!

Dag is a couples therapist who's a little out of the ordinary: His philosophy in life is that people should be alone, and he encourages his patients to do just that. He lives a peaceful existence, but that's about to change.

Dag is adjusting to family life with Eva and her son but things take a turn for the worse when Eva receives some tragic news and Dag is confronted by a stalker.

Dag ends up having Eva and her son sleep over at his place for a few nights, as Benedict seeks refugee in his hallway while his son is hospitalised with meningitis.

#3 - There is a Crack in All Things, Where Life Comes In

Mia and Benedikt go into therapy with Dag and the session leads to a spontaneous wedding ceremony with a rather unusual outcome.

Benedikt faces a dilemma when a woman asks him for a special favour, while Dag has a confession to make.

Dag is having a hard time at Ernst's rehab clinic after being diagnosed with self-pity. Meanwhile, Eva has left Goa and returned to Oslo with her son.

#7 - Death Frees Those Who Have Not Lived

Dag receives some tragic personal news, but at work he counsels a nun who is having problems with her relationship with Jesus.

#8 - The World Knocked, I Locked The Door

Dag asks Eva to dinner. He opens his heart to her, but does she feel the same way?

It is the day of Dag's father's funeral, but the ceremony doesn't quite go to plan.

Eva is becoming claustrophobic inside Dag's apartment as a homemaker.

Dag gives couples some sex tips. At home, things are looking up as Eva surprises him with his favourite meal.

#12 - Everything That Rises, Comes Once

After a night of heavy drinking, Dag wakes up on the floor in a public park toilet dressed in only his underwear. Little does he know his day is only going to get worse.

While Eva is determined to seduce Dag within a week, Marianne is interested in getting her brother into therapy. Dag, on the other hand, has other plans for himself than meeting for therapy session.

Dag has decided to turn over a new leaf and regain control of his life. But can he stay sober?

Dag's sister sets him up for what will most certainly be another catastrophic date.

Malin prepares for the launch of her World War II book. Eva has a question for Dag.

This hit Norwegian comedy stars award-winning stand-up Atle Antonsen as Dag, a marriage counsellor who tries to coax all the couples he treats into divorce..

Sad and tired, Dag feels like he's on the verge of a breakdown. But before he can feel sorry for himself, a couple arrive at his office seeking his advice.

#19 - The Skies are Always Gray, Above the Clouds

Marriage counselor Dag Refsnes finds himself a little worse for wear after hitting the bottle in a big way.

#24 - Through the Lush Eyes of Madness

Dag has Malin committed to a psychiatric ward and is surprised to find that Trine is in the same institution.

Eva asks Dag if she can stay at his place for a week. this is the first time Dag lets anyone stay in his home. Benedikt is still on the run from Mia's brothers.Dag's schedule starts to fill, due to an ad Malin has placed in the paper.