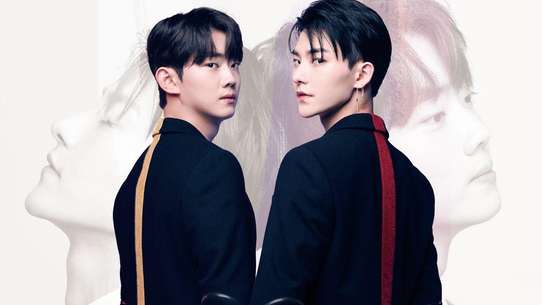 The BEST episodes of Color Rush

Every episode of Color Rush ever, ranked from best to worst by thousands of votes from fans of the show. The best episodes of Color Rush!

Yeon-woo sees the world only in grey light by a neurological blindness. When he meets Yoo-han, it's like a meeting of destiny: Yeon-woo experiences a color rush, a phenomena which makes him suddenly see colours through intense experiences. Next to these strange experience and the question whether Yeon-woo and Yoo-han are destined lovers, there is also the mystery of a mother's disappearance to unfold.

Yeon Woo thinks Yoo Han is avoiding him as he warned him about the danger of mono. However, when Yeon Woo tries to accept reality, Yoo Han invites him to attend an art exhibition together. Yeon Woo opens up to Yoo Han more and talks about his missing mother to him.

Yeon Woo and Yoo Han run away from the hospital to see the ocean together. Yeon Woo realizes how much Yoo Han means to him as they look at the different colors in the ocean. However, Yeon Woo calls Yi Rang and finds out about Yoo Han’s family.

Yoo Han comes to Yeon Woo’s place to show him the night view in colors. Yeon Woo experiences decoloring for the first time after hanging out with Yoo Han more. Yeon Woo finally admits that he wants to keep Yoo Han close to him.

Yeon Woo suffers from monochromacy. In his eyes, everything is in the shades of gray colors. On the first day at Sangsang High School, Yeon Woo gets to meet new classmates. One of them is Go Yoo Han who dreams of becoming a K-pop artist. When Yoo Han takes off his mask, Yeon Woo starts to see the colors.

Yeon Woo’s obsession with Yoo Han grows bigger and bigger each day. He is afraid that Yoo Han might leave him and won’t be able to see colors again. He even purchases tools to kidnap Yoo Han, and Yi Rang worries about him.

Yeon Woo thinks of his mother who is still missing. He also reminisces what his mother told him about her color rush experience when she first met Yeon Woo’s father. At school, Yoo Han tries to teach Yeon Woo about colors.

Yeon Woo believes that meeting a probe will only lead both of them to tragedy. However, Yeon Woo can’t push Yoo Han away as he wants to experience more color rush. Meanwhile, Yi Rang goes on a trip for a while to cover a story.