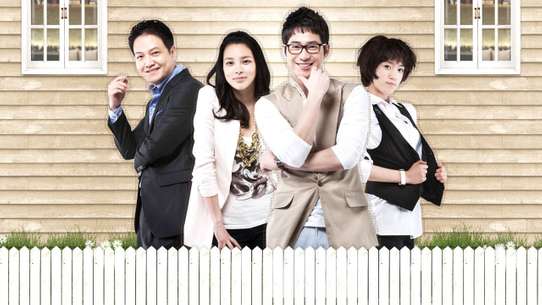 The BEST episodes of Coffee House

Lee Jin Soo made it big after writing several thriller novels and establishing himself as a talented novelist. He works for Seo Eun Young, the owner of the biggest publishing company in Korea, and has a long-time friendship with her. Jin Soo has lots of fans, especially female ones, and he seems to be the perfect match for any woman... but what no one knows is that he is actually a bit weird and sarcastic, has lots of strange habits, and holds a dark secret. The one who has to cope with him and his habits is his secretary, Kang Seung Yeon, who begged him for this job to become a pro instead of the below-average girl that she really is. On top of that, there is also the return of Han Ji Won, Eun Young's ex-fiance, whom she despises. Ji Won tries to win Eun Young back, but she has her eyes set on Jin Soo.

Eun Young threatens to fire him when Jin Soo skips out once again on a book signing. As a favor to a mutual friend, Jin Soo hires Seung Yeon to be his secretary.

Seung Yeon sends her grandmother to take care of a sickly Jin Soo, and takes his personal matters into her own hands. Eun Young chooses to terminate her contract with Jin Soo.

Jin Soo tends to Eun Young, who falls sick just days away from her wedding. He encourages Seung Yeon to follow her dream of becoming a writer.

Ji Won slowly pieces together the reason why Jin Soo returned to Seoul. Jin Soo is forced to take care of a drunk Seung Yeon after a party.

Unable to grapple the thought that Eun Young is getting married to Ji Won, he enlists Seung Yeon's help to pretend to be his fiancee.

Two years later, Jin Soo returns to Seoul with the assumption that nothing has changed. However, Seung Yeon and Eun Young both have surprises in store for him.

As Jin Soo wraps up his last book for Eun Young, Seung Yeon must contend with the reality of Jin Soo's imminent departure.

Things become awkward between Eun Young and Jin Soo, and she disappears after he admits he's not interested in her romantically.

Seung Yeon is assigned to find a way that will effectively stop Ji Won from pursuing Eun Young. However, her method compromises Jin Soo and Eun Young's friendship.

Jin Soo finds himself coming in between a budding romance between Seung Yeon and the cafe manager Dong Wook.

Jin Soo and Seung Yeon bond during their stay in Jeju Island while Eun Young recovers in the hospital.

Believing that Seung Yeon lacks loyalty to him as her boss, Jin Soo fires her. A funeral that he must attend brings up haunting memories of the past for Jin Soo and Eun Young.

Seung Yeon must find a way to cure Jin Soo of his writer's block.

After missing Eun Young's surprise birthday celebration, he comes up with the perfect gift that will also help rid Eun Young of Ji Won.

Ji Won enlists Jin Soo's help in wooing Eun Young back. Seung Yeon is given the task of catching a wild cat.