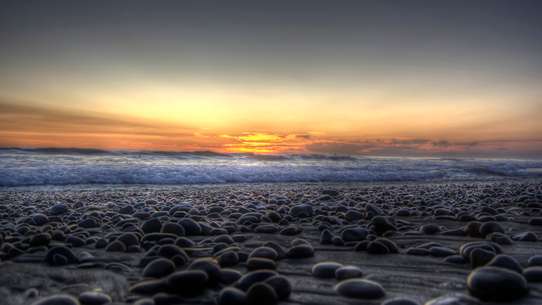 The BEST episodes of California Dreams

Jake gets a new job as a motorcycle mechanic, but Tiffani thinks it might be a bad idea when she finds out that his boss, Mel, is a very pretty woman. When he starts to work even more hours, Tiffani gets jealous, and Lorena and Sam decide to spy on him. The plan backfires and Jake ends up getting fired. Meanwhile, Sly and Tony want to create a winning video for the show ""Wacky Videos"" by playing a joke on Mark.

After not wanting to go to the prom, Jake decides that Tiffani can go with Glen, who in exchange for a date with Tiffani will hire the band to play the prom. Tiffani goes to the prom with Glen, but Jake breaks up with her when he sees them kissing.

The band must work on a project for school, creating their own television shows. Tiffani and Mark partner up to create ""Ms. Smith's Neighborhood"", which is a cross between a surfing show and ""Mr. Roger's Oceanside."" Jake, Lorena, and Sam partner up to create ""Hall Monitors,"" a take-off on ""Cops."" While Sly and Tony create ""The Goo-Ga-Moo Guys,"" a ""Wayne's World""-type show for guys that are interested in girls. ""The Goo-Ga-Moo Guys"" becomes a hit show on a local station and Sly quits being manager of the band. However, Sly and Tony's friendship gets strained over greed.

Tiffani's mother finally returns to reunite with her daughter after trying to become a dancer for ten years in New York. The reunion doesn't go so well and Tiffani's anger finally catches up with her in the middle of her 16th birthday party.

The band gets an audition to open for Sting, but Sgt. McBride is on the rampage and gives Jake and Tiffani detention. The two have to try to escape detention in order to make the audition with the rest of the band.

The band gets their first gig, playing for a girl that Matt has a bit of a crush on- Randi Jo. The date of the gig is the same day that Matt's dad is planning on taking a family trip to the Grand Canyon. The band plans to get the date of the tickets switched by posing as Van Halen. - The band also neglects to let Sly in as manager of the band.

After Allison announces that she's going away to another school, Sly is heartbroken. Lorena and Sam accuse Jake and Tony of not being as romantic as Sly. Jake and Tony try to prove that they are romantic, too.

Everyone takes a career aptitude test at school that will tell them what career would be perfect for them. Mark a guidance counselor, Sam a photographer, Tiffani a veteranarian, Jake a florist, and Lorena and Sly both a fashion designer. In trying to get a date with Lorena, Sly copied off of her test so that they would have more in common with each other. While Jake has trouble writing a new song, he decides to work on his new florist career.

The school has a servant auction to raise money. Matt buys Tony and Tiffani is now Sam's servant. Sly bids and wins a girl that he likes and hopes to win over, Julie Pruit.

Sly decides to become a model for the Amber Dubois Modeling Agency, after seeing an ad. The agency claims to have discovered the famous model Samson, but when Amber starts charging Sly large amounts of money, the gang thinks that it might be a scam.

The gang gets involved in community service projects. Tony and Jake volunteer for Meals on Wheels, Mark cleans up the beach, Sam works for the blood drive, and Tiffany and Sly work at a teen help line. Sly is of course just doing the community service in order to meet girls.

During Valentine's Day Tony realizes that he and Sam only have four months before Sam has to return to Hong Kong. He writes a special song for her and also decides to propose to her, so that they can stay together. The gang has doubts about whether she should accept.

Sly decides to get fake IDs for the band, but the plan doesn't work out when Jake's new girlfriend is really an undercover cop. Matt and Tony also decide to use Sam and Tiffani as models for projects in art class.

When Jake's over-acheiving brother, Kyle, comes to town, Jake decides to run for student body president in hopes to impress him.

Sly figures out a way to pick up chicks- surfing. Sly tries to get Tiffani to teach him how to surf and she agrees. After they start out lessons, Tiffani and Sly realize that there's something besides friendship between them. However, Tiffani's afraid that Sly wouldn't be able to commit to one girl. Matt, Jenny, and Tony decide to try and get the band a new lighting system and get a job painting some of the Garrion's rooms. Mr. Garrison agrees to pay them $300 in advance to buy the equipment with.

Matt is determined to win the Battle of the Bands contest. The California Dreams are up against their biggest competition- Bradley and the Billionaires. Sly's idea of how to win the contest? One of the judges, Angela, likes Matt. All Matt needs to do is date her to swing the vote. Tony also thinks about getting an earring, until Tiffani tells him how they pierce an ear.

Matt and Sly (as well as the rest of the band) are scared of the ""tough guy"" at school, Jake Sommers. Then Jake starts to take an interest in joining the band.

Jenny is accepted at a music conservatory in Rome, Italy. Jake tries a find a way for her to stay after realizing that he likes her. Sly comes up with a plan to hypnotize Jenny into blowing her audition, but Jake isn't sure that he wants to go through with the plan.

Tony's dad (AKA Coach Wicks) does not believe that Tony should be part of the band. This leads Tony to quit the band and so he starts playing football to try and get his dad's approval. Tiffani finds out that she has a secret admirer that could be Dennis.

Lorena enters a dance contest, but right before the contest, her dance partner gets injured. Sly wants to get closer to Lorena, so he tries to convince her to let him be her partner. Meanwhile, Tony argues with Jake about how the band should be run.

In order to get the California Dreams a gig, Sly goes on a date with an overweight girl that he used to tease. He finally does get a conscience and starts to feel bad about using her. Meanwhile, a poem that Mark wrote for a crush goes from Mark to Lorena to Jake and then to Tony, making everyone think that the poem was written for them.

Jake enters a motorcycle contest and Uncle Frank pays a visit to help Jake win the competition. Uncle Frank gets Jake hooked on smoking. The whole gang thinks that smoking is a bad idea, especially Lorena. She threatens to not date Jake anymore if he doesn't quit. The band also finds a box filled with money on the beach. Mark is left in charge of it and Sly thinks investing the money in a get-rich-quick program is a good idea.