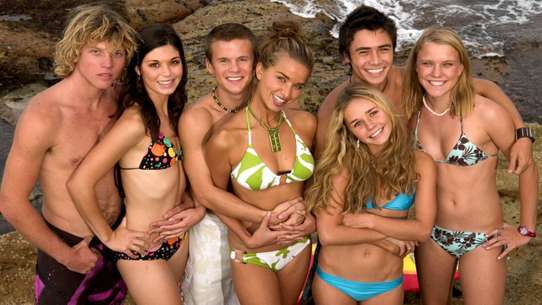 Seven 15 year-old surfers have been selected from around Australia and overseas to take part in an intensive 12 month residential school program at Blue Water High. At the beachside school they join other pupils in a normal year's academic work as well as receiving special coaching in surfing. At the end of the year, two of the seven will qualify to surf the pro-circuit and win a three-year sponsorship contract. The series is a race into the finals for the wild card, a race to get through the year, and a race to grow up. The seven teens, forced to live, study and train together at the same time become best friends and greatest competitors.