The BEST YTV (CA) shows of all time

We've compiled the average episode rating for every YTV (CA) show to compile this list of best shows! 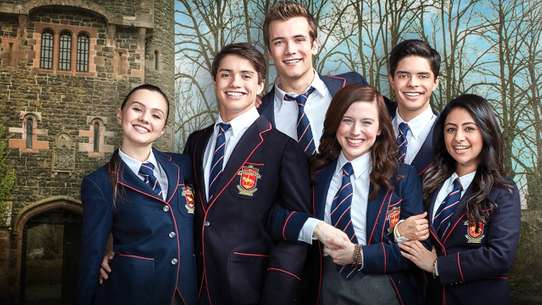 Ride is a live action series that follows the adventures of Katherine “Kit” Bridges when she and her dad, Rudy, move to England for his new job at Covington Academy, an elite equestrian boarding school. Life at a new school is never easy – particularly when you are afraid to ride – but Kit will be able to handle any challenge she faces thanks to her new friend, TK, who just so happens to be the most stubborn and difficult horse at the Academy. 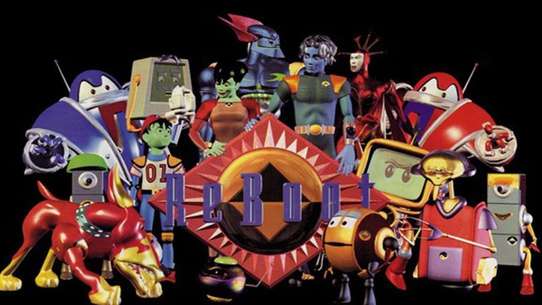 Welcome to the city of Mainframe, a computer system inhabited by binomes and sprites who go about their business, trying to keep everything running smoothly. Unfortunately, they live under the constant threat of the user, whose games wreck havoc if left unchecked, and the viruses Hexadecimal and Megabyte, who seek to gain the power of the system's core so they can spread themselves throughout the Net. That's where the Guardian, Bob, comes in. Armed with the versatile key-tool "Glitch" he tries his best to keep citizens safe, upholding his mandate to mend and defend. ReBoot! 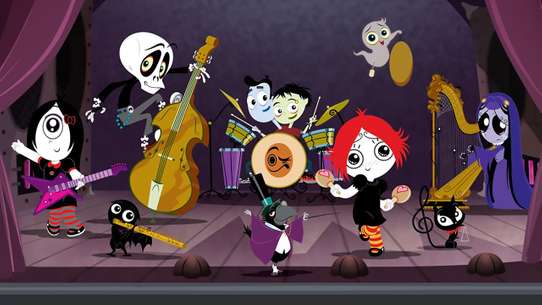 In a Victorian mansion on the outskirts of Gloomsville lives Ruby Gloom and her off-beat circle of friends. Some kids might be afraid of the dark, the eccentric neighbours and the unknown things that dwell in the closet. But Ruby is different – she befriends these strange and sometimes scary creatures. In fact Ruby finds them all delightful. She pays no attention to their unusual appearances, perceptive only to their hearts and souls. Ruby is the happiest girl in the world, always trying to be cheerful in the face of gloom! Ruby’s perfect day is a gloomy one, full of creativity and adventure with her offbeat circle of friends. Ruby Gloom is an ironic comedy with an emphasis on the importance of friendship. 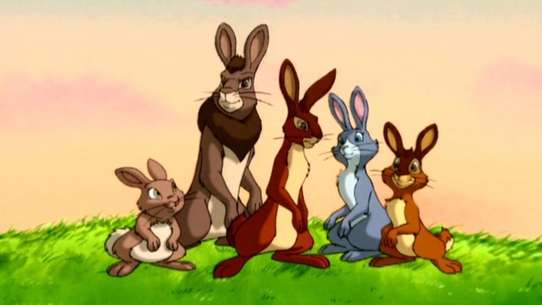 The adventures of a warren of rabbits as they struggle to develop their new home & protect it from the various threats they face. When ten-year old Coop Burtonburger’s spoiled little sister Millie brings home a mysterious stray cat, his idyllic life is turned upside down. Coop soon discovers Kat is more than just a scrawny, purple, hairless pet; he is also a super-smart, conniving mastermind with a fanatical hate for Coop himself. Kat instantly declares war on Coop--to the death; the two fight constantly as Coop tries to stop the Kat and tell the world about his possible plans, only to find Kat destroying the evidence and putting the blame on Coop every time. Adam Young is not your ordinary teenager. A whiz kid-turned-teen genius, Adam hit the books hard enough to get into university at age 9. Now a university graduate at the tender age of 14, he's headed back to high school as Mr. Young, the science teacher! But no amount of studying could prepare him… More for the challenges of balancing his job with his personal life, especially when he's teaching both his best friend AND his crush. With one foot in the classroom and one foot in the staff room, it's Adam's social life that's being put to the test. 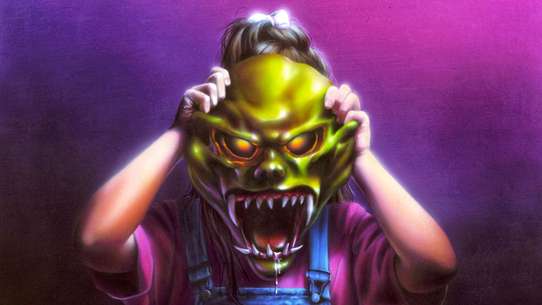 This Canadian children series based on the popular series of books by RL Stine adapts some of the best tales in the spinechilling series to the screen. Beast Machines: Transformers is a continuation of Beast Wars: Transformers. Fugitives on their own world, the Maximals have to retake Cybertron from Megatron and his army of drones, while adjusting to their new technorganic bodies. The new series opens as Optimus, Cheetor, Black Arachnia and Rattrap discover themselves suddenly back on the Transformer homeworld of Cybertron - with no memory of how they got there. Instead of a hero's welcome for winning the Beast Wars, our heroes are hunted by a mysterious new breed of Transformers - the Vehicons. These vicious machines enforce the will of Megatron, who has returned with a vengeance. Megatron has wrestled possesion of Cybertron, leaving Optimus and his team constantly under fire and on the run. 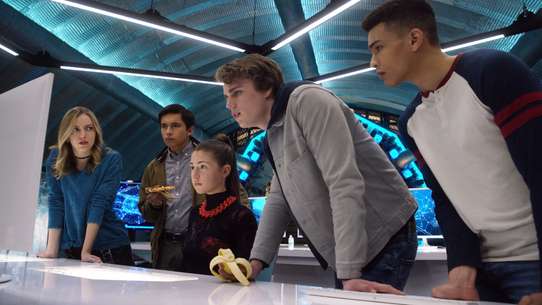 ReBoot: the Guardian Code is an adventure series about four teens (Austin, Parker, Trey, and Tamra) who discover that they're next-gen Guardians with a mission to save the world, by defending it in cyberspace. The Internet revolutionized the world, but it also left it vulnerable to attack. With the help of VERA, the last surviving cyberbeing from the original Guardian Program, our heroes stream into cyberspace where they use their awesome code-based powers to battle viruses that have been unleashed by a ruthless hacker. Known only as the Sourcerer, he seeks to rule the world by controlling cyberspace. Big Wolf on Campus is about star football player, Tommy Dawkins, who was bitten by a werewolf and has transformed into one. He has problems with fleas and during certain events, he can change into a werewolf immediately without any control. Not only that, he has to battle vampires, cat women, ghosts, and zombies. On his side to help, are his best friends, Merton J. Dingle and Lori Baxter. All this can happen and more in his hometown, Pleasantville. THOMAS P. DAWKINS Tommy was just a regular all-star football player in High School, trying to pursue his football career, but his life changed when he is bitten by a werewolf, and becomes a werewolf himself. Unlike others, Tommy is a good-natured werewolf who protects the citizens of Pleasantville. With his good friend Merton and Lori, he battles all kinds of creatures, monsters, and aliens roaming around the town. Tommy transforms when hurt or when he gets emotional, including guilt. And you can't forget the occasional full moon.