The BEST SVT shows of all time

We've compiled the average episode rating for every SVT show to compile this list of best shows! 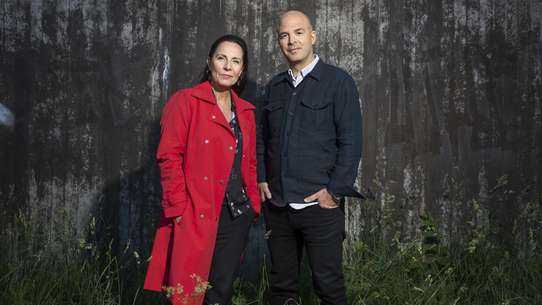 Swedish television program focusing on investigative journalism. The program is produced by and aired on SVT and has become known for the use of concealed cameras and microphones. 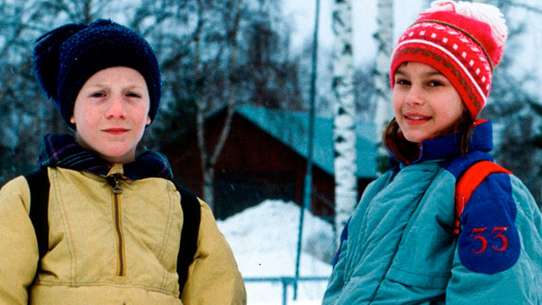 Sune, a 12 year old struggles with girl troubles and school while he and his goofy family prepares for Christmas with failed attempts of all the usual December traditions. 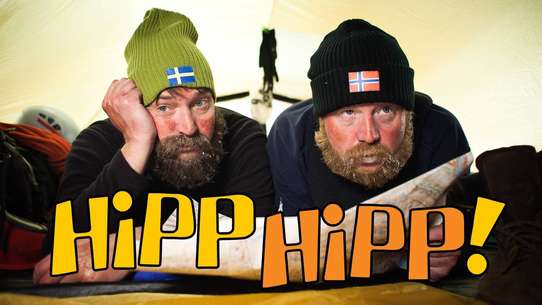 HippHipp! is a swedish comedy sketch show with various crazy characters such as Kajan, Tiffany, Itzhak and Morgan Pålsson. Morran and her son Tobias is two people at the fringes of society. For 34 years, croft 9: 4 had been their home and security, but now the property expropriated by the municipality of Trosa and stands gaping empty. When we meet Morran and Tobias again, they have sold a small piece of land to the municipality and had the opportunity to move back in a month's time. There are many emotions that torn up when the household goods will be extracted to the meeting with the old life in the house. Yet we encounter a profound warmth and love of these two unusual that have chosen to survive. With Johan Rheborg and Robert Gustafsson. 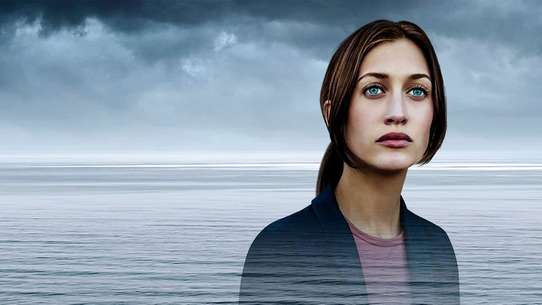 A homeless former detective and an aspiring police officer join forces to solve a cold case in which a pregnant woman was buried alive on a beach on North Koster Island. 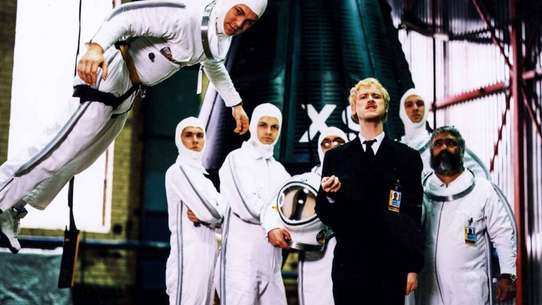 Percy tårar (Percy Tears) was a Swedish 6-part television show broadcast by Sveriges Television in 1996. It was Killinggänget's follow-up to Nilecity 105,6. It was directed by Walter Söderlund and produced by Magdalena Jangard. The loose plot of the series revolves around a number of mostly unrelated storylines which are told in segments in each episode. These segments are flanked by various stand-alone sketches that sometimes elaborate on minor characters. Hanna, a fading star of a cop in the organized crime unit of the Stockholm Police. On the home front, her son has severed all ties with her, as she’s the one who caused his arrest and subsequent two-year imprisonment for drug possession. When her lover and colleague is abducted, Hanna must take over his undercover investigation of a criminal biker gang as well as protect an infiltrator. To prevent a brutal takeover in the criminal underworld, she must fight for her son’s life and break another family to save her own. 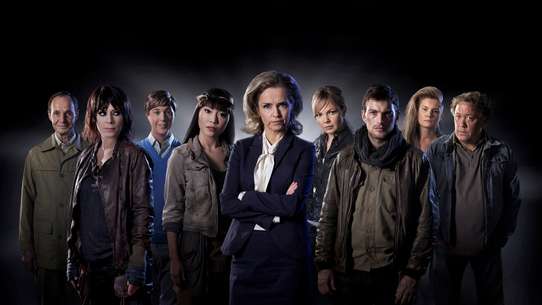 What happens when robots become so human that they can barely be distinguished from real people? When they can even be our lovers? Real Humans takes place in a parallel world to our own, in which people´s lives have been completely transformed by the new generation of robots -Hubots. Leo and Niska lead a group of rogue Hubots who are fighting for their independence. During an escape, Leo´s beloved Mimi disappears and Leo leaves the group to find her. At the same time, the Engman family decides to buy a used Hubot, something that has unexpected consequences for the entire family. Warehouse foreman Roger´s life is falling apart. His wife has left him for her Hubot-lover and all of his human coworkers have been replaced by Hubots. Roger decides to start a resistance movement to fight the threat. Wallander is a Swedish television series adapted from Henning Mankell's Kurt Wallander novels and starring Krister Henriksson in the title role. It follows Wallander, a troubled detective, who lives and works in Ystad near the southern tip of Sweden. Emil Svensson lives with his family on a farm called Katthult, set in the village of Lönneberga a few miles from the town of Vimmerby. His age ranges from about five to eight in the books. He has fair hair and blue eyes and looks like an angel, but is not, as he also has a prodigious knack for getting into trouble. Contrary to what most people around him think, Emil is not malicious, but does not think about the consequences of his actions. He even states at one point that "you don't make up pranks, they just happen". Some kids discover that there's something wrong with their school; their teachers are acting weird and the teaching therefore also becomes weird. An intergalactic hero, Kenny Starfighter, crashes his space-bus (very similar to that of Lone Starr in Spaceballs) in their little society and soon, they team up in order to solve the mystery of the school. It turns out that the person behind it all is the evil Dr. Deo (who, as a revenge for having been turned down by the princess of planet Mylta because of his foul smell, wants to build a machine that will transform Mylta into a giant deodorant roll-on ball), the very villain Kenny Starfighter is out to catch. Their quest takes them deep beneath the school and brings them many encounters. And all the time, there's a feeling of mystery over it all. The charismatic leader of an artist collective based in Copenhagen plan an art heist. He intends to steal six of the worlds most famous paintings. 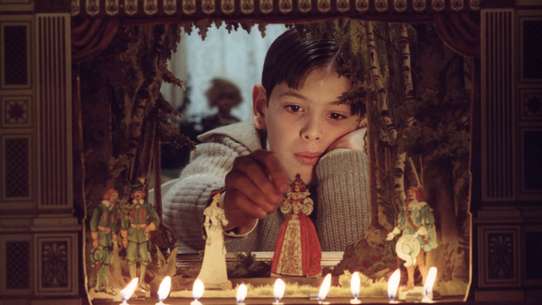 Through the eyes of ten-year-old Alexander, we witness the delights and conflicts of the Ekdahl family, a sprawling bourgeois clan in turn-of-the-twentieth-century Sweden. 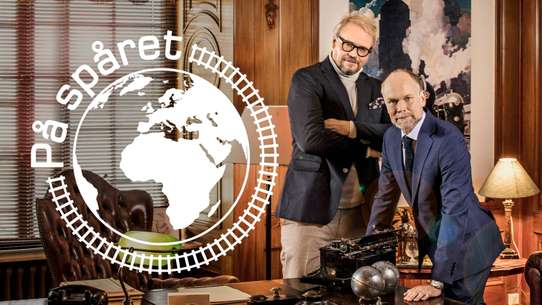 Kahina Zadi, 32, a French police officer travels to Kiruna in Sweden to investigate the bestial murder of a French citizen. Together with Anders, a Swedish prosecutor of Sami origin, she begins an investigation. Soon new killings start to happen and the first victim turns out to be the tip of a very dark iceberg. The victims seemingly have nothing in common more than that they are all being killed in a well-planned and vicious manner. In their hunt for the truth, both Kahina and Anders are forced to deal with their own past that they have repressed. A personal journey through a painful past becomes the key to succeed in preventing the violent killings that affects the small mining community of Kiruna. 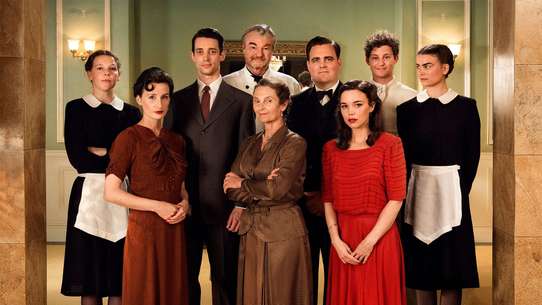 Big changes come to a family restaurant in Stockholm after World War II as traditions fade, class divides simmer and a new generation rises up. 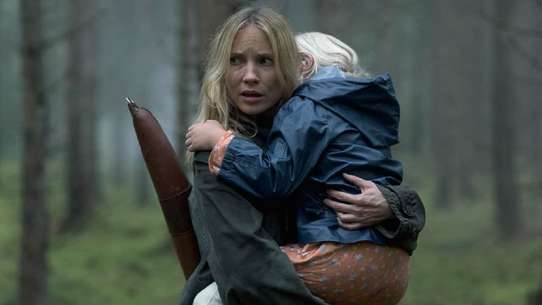 Police inspector Eva Thörnblad (Moa Gammel) returns to the village of Silverhöjd, seven years after her daughter Josephine disappeared beside a lake in the forest. Josephine's body was never found and it was presumed that she had drowned. Upon Eva's return, a boy is missing and Eva begins to look for similarities between this disappearance and that of her daughter. At the same time, she has to deal with the death and probate of her late father and his large timber felling and processing business, Thörnblad Cellulosa. Over the course of the series, Eva discovers that the children's disappearance is inextricably tangled with the conflict between those who want to protect the forest and the community that depends on Thörnblad Cellulosa.

Pippi lives alone in Villekulla because her mother is an angel in heaven, and her father is a King on the South Sea Islands. The siblings Tommy and Annika, her friends and the 13 different TV episodes are about their adventures together. 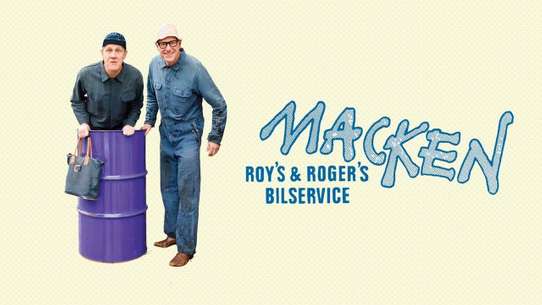 Macken is a comedy TV show with many musical elements, produced by Galenskaparna and After Shave 1986 and was recorded outside the Swedish town Vara. The series was broadcast in six episodes by SVT, and involves the brothers Roy and Roger, who runs a gas station. The show was Galenskaparna and After Shaves definitive breakthrough. The series became hugely popular among the Swedish people. Several of the songs that were included in the TV series became hits and landed on the Swedish charts such as the main theme "Macken", "Husvagn" "Konfirmarationspresenten". In each episode, the main theme is sung by different popular swedish artists, such as Lasse Lönndahl and Björn Skifs. A new couple, their exes and their children navigate the emotional challenges and tricky logistics of blended family life in this Swedish dramedy. The series is based on the murder of ten-year-old Helén Nilsson in Hörby in 1989, a case that shook the whole of Sweden. The Hunt for a Killer is the story of Per-Åke Åkesson and the reconnaissance group that solved several murders of women in northeastern Skåne and finally the unsolvable case of Helén. The series is based on Tobias Barkman's reportage book about one of Sweden's most skilled murder detectives. The story is about a shipping company which conducts cruiseferry traffic on the Baltic Sea between Stockholm in Sweden and Turku in Finland. It takes place on board MS Freja, the exterior of which was portrayed in the series by the Finnish registered MS Birka Princess. In the series the ship has different funnel colours from the ones in real life; in reality they were blue, yellow and red but in the series they were retouched to appear as different shades of blue. The show follows life on board the ship, mostly focusing on the crew and captain, but also on some of the passengers. The plot often involves love, breakups, accidents, deaths, murders, smuggling, theft, arson, rape, drugs, and insanity. Another part of the story takes place on land, following the life of the Dahléns, the capitalist family who owns and runs the shipping company. There are also rival capitalists who try to gain control over the company, which leads to a constant struggle for power. 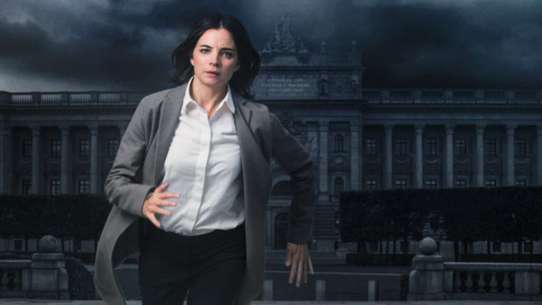 Behind the political scenes, a series of terror attacks are planned to send shock waves through the nation. Sophie Borg is a loner who doesn’t trust anyone, she has all the answers and will not hesitate to go against her superiors direct orders. Of course, she also has a certain lack of self-awareness. The series starts with a British man being murdered with religious overtones in Borg’s hometown of Norrbacka. Borg sees one last chance at redemption, and alongside Tom Brown they must solve the case ("Fallet" meaning "The Case"), not only to save the small village from the killer’s reign of terror, but also to save their own careers. Leaving the cold and snow of Scandinavia for the warm, sandy beaches of Thailand in the dead of winter is more than a dream, more than a holiday for a handful of Swedes. It’s the beginning of a life-changing adventure, a fresh start, a new life. For the long-suffering wife of an abusive ex-pilot, it’s a chance to be treated with dignity and to taste the joys of freedom. For a lonely engineer who always dreamed of a loving family with several children, it’s the absurd plan of marrying a young Thai woman. And for an overambitious single-mother architect recovering from a stroke, it’s a possibility to relive the past with her two daughters on an island called Happiness. As their lives move deftly from one jolting event to another, they realise that while it may be impossible to completely leave their Nordic lives behind, it is possible to transcend their limits and reach satisfying moments of self-fulfilment. 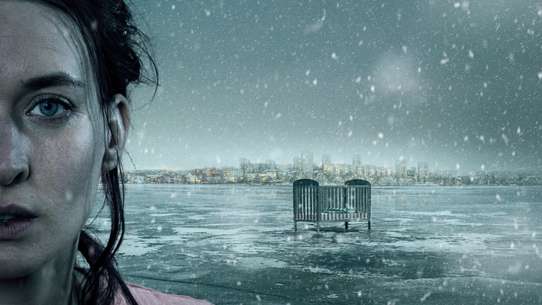 The night before Christmas Eve, while Sweden is paralysed by heavy snowstorms, five-week-old baby Lukas inexplicably disappears from his home in a Stockholm suburb. The young parents are in shock. But seasoned police officer Alice believes that something is not quite right in their stories. She becomes obsessed with the case. Other people become suspicious of Lukas’ mother Jenni who took sleeping pills that night and doesn’t remember a thing, a nurse who had expressed concerns about the baby's safety and Jenni’s own mother Kajsa.

Swedish crime thriller series about an elite team of detectives.