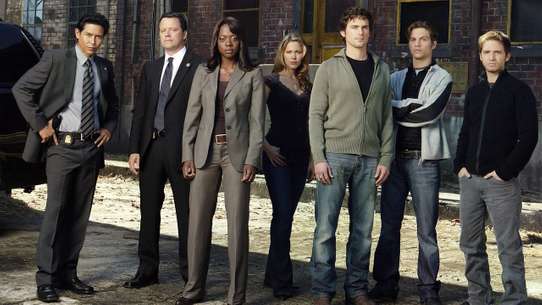 The BEST episodes of Traveler

Every episode of Traveler ever, ranked from best to worst by thousands of votes from fans of the show. The best episodes of Traveler!

Jay, Tyler and Will were friends who had spent the last two years in grad school living together. They were about to go on a summer journey, but a simple prank to rollerblade through one of New York's most famous museums made Jay and Tyler prime suspects in a terrorist bombing that destroyed the museum a few seconds later. Jay and Tyler hoped that Will could clear their name, but discovered that they had no way of proving Will ever existed.

For the first time since the bombing Jay and Kim reunite. Meanwhile, Will is searching for Maya's killer in New York. After discovering FBI ties to the bombing Tyler must stop Jay and Kim from taking evidence to Agent Marlow.

Jay and Tyler head to Deer Harbor, Maine, Will's hometown. The FBI discovers new evidence regarding the museum bombing. Meanwhile, Jay and Tyler talk to a woman who had planned to leave her hometown with Will after the bombing.

Good friends Jay, Tyler, and Will have done just about everything together for the past two years, but being together ends today. Jay and Tyler become prime suspects in a terrorist bombing at a famous New York City museum after rollerblading through it as a prank.

Jay and Tyler arrive at Carlton Fog's safe house, but they question the loyalty of a power broker who has been assigned by Fog to help them. Meanwhile, FBI agents question Jay's girlfriend, Kim.

Jay and Tyler's search leads them to Boston where a security box is uncovered containing aliases Will used and evidence about the bombing. After being captured by his bosses, Will Traveler undergoes interrogation and reveals what happened on the day of the Drexler bombing. A key arrest made by the FBI shows that the Drexler conspiracy goes far beyond what they had initially imagined.

Jay and Tyler return to New Haven in an attempt to locate items that may prove their innocence. Meanwhile, Carlton Fog holds a press conference in regards to his choice to shelter his son.

Tyler and Jay risk a return to New York in order to investigate possible financial ties to the bombing. While Will Traveler seeks to avenge his girlfriend's death and bring down the organization, the FBI discovers that one of their own might be involved in the conspiracy.

Jay and Tyler reunite with Will in an effort to take down the man behind the bombing. Elsewhere, Agent Marlow is abruptly taken off the Drexler bombing case.