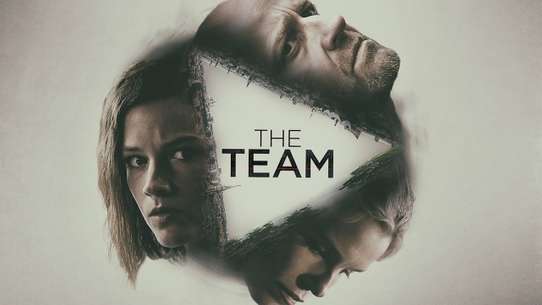 The BEST episodes of The Team

Every episode of The Team ever, ranked from best to worst by thousands of votes from fans of the show. The best episodes of The Team!

The series follows a number of national police agencies, working through the framework of EUROPOL, to attempt to solve a series of cross-border murders.

The more THE TEAM learns about Loukauskis’ methods of putting trafficked people into forced labor, the more it becomes obvious how effective his organization works. He can just disappear in an instant, so again they can’t get to him. But the more the police learn about his business, the easier it becomes to cut him off his entourage and narrow down Loukauskis’ options of hiding. Until finally, an abandoned factory in the Belgian countryside is left. While Alicia and Harald go to get him, Jackie finds Loukauskis’ ex wife Dahlia murdered in her garden. The final act of the divorce from hell? When Jackie finds out the truth about Dahlia’s death, it all falls into place. Meanwhile, Alicia and Harald arrive at the Belgian factory and face a human catastrophe as the factory obviously was full of mistreated female slaves sewing fake brand clothes for the black market. No sign of Loukauskis whatsoever. If they want to nail him before he leaves the continent, they’ve got only one shot left.

Richard Adams' illegal art purchase is revealed in the media. Malu tells the investigators about the gold friezes and the escape from Syria. The authorities work to extradite Malu to Syria, but Gregor will not let it happen. Paula is preparing to prosecute Richard Adams.

Helle and Malu seek refuge with Helle's mother, Ghita. Malu gets injured and is hospitalized. The police suspect that Morten is planning an attack. At the local hospital, an Arab man is looking for Malu.

Nelly and Gregor take Malus's mother to the safehouse, but Said arrives before they do. The police is investigating the illegal trade of antiques from Syria.

The man who attacked Paula offers Malus's mother a lift. Gregor is on their trail. Malu has arrived at a safehouse. The press is informed of the 13 murders and Nelly shows footage of the assassin Said. Malus's mother finds out that Said is wanted for murder. Paula has found Karim.

Helle is hiding Malu from her boyfriend Morten, who has neo-Nazi sympathies. Nelly is facing problems with her son Buster, while trying to solve the case. Safa and Marwa, two of the victims in the murders at Marskgården, will be buried in Belgium. Paula hopes that Marva's boyfriend Karim attends the funeral, so that he can be questioned about the connection between the art theft and the terrorist group.

Pimp Theo Janke and his daughter are found shot to death. The net gets tighter around billionaire Loukauskis when the trace of the two murders leads to Bruno Koopman, Loukauskis’ personal security chief. Harald gets in touch with an undercover agent working inside Loukauskis’ organization – it seems that Loukauskis’ ex wife Dahlia and Bruno were plotting against Loukauskis ever since she was cheated out of loads of money after the divorce. Reopening an old murder case, getting testimonies from the prostitutes, killing them right away and pinpointing the murders on Loukauskis – must have been a divorce from hell! But the puzzle doesn’t add up that easy. The missing piece could be found in a phone conversation between the prostitute Maria and her mother, singer Iris Gabler, right before Maria was killed. Jackie tries to confront her, not knowing she's about to tap in a deadly trap.

Seven people are murdered in a brutal shooting in a bed and breakfast in Denmark. The only survivor of the massacre is the young Syrian woman Malu Barkiri, who disappears into the vast Danish marsh area.

When the Danish police arrive at the illegal chicken farm, the building is burning brightly. Many of the forced laborers who were locked up there died in the fl ames. Survivors leave no doubt: this was modern slavery at its worst. But most evidence is lost in the flames so the only key to nailing Loukauskis is buried in Jean Louis’ material. But Jean Louis seems to have lost his mind suffering from post-traumatic stress after having been tortured. Everything Alicia can get out of him is a love poem he recites. A sign? A key? A hidden message? Or just nonsense? When THE TEAM gets hold of the phone conversation between prostitute Maria and her mother Iris Gabler that Jackie was about to confront the jazz singer with, the missing connection between the killed prostitutes, Loukauskis’ “business” and the murder attempt on Jackie comes to light. Finally, they have something in their hands to go after Loukauskis. But when they finally get access to Jean Louis’ material on Loukauskis, the shocking news is that they just scratched on the tip of the iceberg.

At Marskgården, Nelly finds documents belonging to a terrorist group. Malu, who is on the run from Danish authorities and the murderer, is found by Helle, who then hides her. Two police officers find a gold icon in the marsh, which Malu lost during her escape. Art theft now becomes a possible motive for the killings.

On her way to meeting Iris Gabler, Jackie gets attacked and shot by a masked man. She is badly wounded but can survive in hospital in Berlin. Harald and Alicia come to Berlin, but all they find is closed doors. No indication of the shooter, no trace whatsoever, even nothing leading to Loukauskis or his entourage. Until, for the first time, a carefully hidden side of Loukauskis’ business comes to light when the source of a spreading salmonella scandal in Denmark is detected: A chicken farm in a deserted area in the Danish countryside where illegal immigrants from Eastern Europe are forced to work under inhuman conditions. Finally something to build up a case! The Danish police is about to make a raid, but somebody was faster destroying evidence in a most shocking way.

Loukauskis slipped away. But at least THE TEAM can put an international arrest warrant on him as they found evidence that he raped Maria, Iris Gabler’s daughter, when she was 14. Meanwhile, it proves that Jean Louis didn’t become insane at all. He is following his own agenda of destroying Loukauskis. In a secret Skype conversation he tries to get confessions out of him, but Loukauskis took precautions so Jean Louis won't get away alive a second time. While Jackie and Harald get a grip on Loukauskis’ whereabouts, Alicia is facing a huge private nightmare.

Lithuanian billionaire Marius Loukauskis is associated with the investigation. Loukauskis suspected of leading a large criminal network operating in human trafficking and forced labor. He has a top spot on Europol's list but has so far been untouchable. The famous German jazz singer Iris Gabler (Sunnyi Melles) offers a reward for information leading to the arrest of one of the prostitutes’ murderers who turns out to be her daughter. While a strange connection between organized crime, German nobility and corruption in the Belgian police unravels, THE TEAM manages to find the journalist Jean Louis in Austria – nearly tortured to death in a villa that belongs to Loukauskis. The main suspect as a victim and a billionaire in the crosshairs – fits well. Too well?

It turns out journalist Jean Louis was working on a book about Loukauskis and his criminal business and interviewed the murdered prostitutes. They testified against Loukauskis – perhaps the reason why they were killed and Jean Louis was tortured. All of his material is stored on a password-protected web server, but Jean Louis himself is not cooperating with the police. And strangely, information about the old case six years ago got “lost” in the Belgian police department. When Alicia’s superior, investigative judge Stéphane Pernel surprisingly attempts suicide, the investigation is knocked back to square one – the only lead now is Theo Janke, the pimp of jazz singer Iris Gabler’s daughter Maria. Evidence shows that he must have been the one who killed Maria. But Janke is gone and when THE TEAM finally finds him, they find a mess.