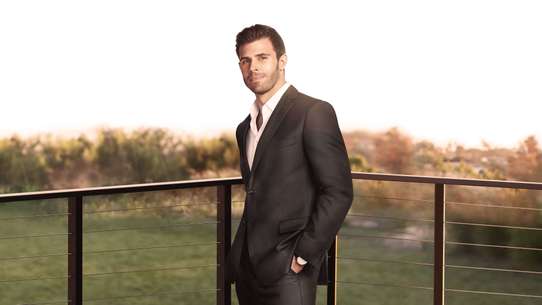 The WORST episodes of The Bachelor

The series revolves around a bachelor who chooses a potential wife from among 25 women. The show follows the bachelor as he goes on a series of dates with the women, some of them group dates, some one-on-one dates. On each episode women are eliminated, generally during the rose ceremony at the end of the episode, but sometimes on the dates (during what are called "elimination dates"). The process culminates towards the end of the season with a few of the women going on overnight dates, and meetings between the bachelor, the women, and their respective families. At the end of the show, the bachelor chooses one woman with whom he would like to continue a relationship. Sometimes he proposes marriage, sometimes other levels of commitment. The runner-up from the first season, Trista Rehn, later starred in The Bachelorette, a spin-off program in which the format is gender-reversed.

Charlie brings the final two women home to meet his parents. However, Chris Harrison has one final surprise for the remaining two ladies when he reveals that Charlie will continue to date BOTH of them until he is ready to make his decision LIVE on national television.

Several of this season's most memorable rejected women return to confront each other and dish the dirt on national television. Emotions run to a fever pitch between these feisty women with exciting, never-before-seen clips. The final two ladies who are still competing for Charlie's heart also have messages for the women who were rejected.

The stakes get higher as Charlie gets a sneak peek at what life would be like with each of the final four women.

It's crunch time for Charlie, as he needs to eliminate two women before going on the hometown dates - and it's tears and fears for the ladies.

Kimberley chooses an extremely seductive outfit to wear on her one-on-one date with Charlie, but she receives a "dressing down" from some of the women.

Two lucky women are chosen as the most compatible with Charlie for the very first individual dates with him. But the ladies soon find out that, on this edition of The Bachelor, these new type of one-on-one dates carry much higher stakes.

Byron appears for the first time in public with the woman who captured his heart. He'll also face the woman whom he left heartbroken.

Byron introduces the final two women to his parents. However, when he goes to meet the ladies’ folks, one woman’s parents might not show up.

Byron is in the hot seat when he faces 25 women he rejected on the show. See what they have to say to the man who dumped them on national television. And Chris Harrison has a surprise for all the still-single bachelorettes.

Byron has narrowed the field to the final three women (Cynthia, Mary, and Tanya), and they each take him home to give him a look at their varied single lifestyles and to meet their friends. And for the first time ever, the Bachelor will meet an ex-boyfriend of one of the women.

It’s a romantic whirlwind for Mary, Tanya, Cheresse and Cindy, as Byron takes each one away for a romantic overnight date – and for the first time, the women hold the power of the Fantasy Suite Card.

The dating heats up, as Byron tries to determine which women are truly attracted to him. Then, eight women, six roses â€” who will stay, and who will go?

During a surprise mystery date, Byron discovers that two more women are throwing their hats into the ring for his affections, as two of The Bachelor’s past “All-Stars” return for a second chance at love. Meanwhile back at the house, the women are shocked – and many are furious – to discover that they now have added competition. Then, once again, he’ll select three women for his dramatic “Last Chance Talks.”

The surprises keep on coming as the women discover that Byron and his beloved dog, Sabrina, are moving into the Ladies’ Villa. In addition, Byron initiates a new kind of date – the “White Rose Date” – in which he decides which of the women he’ll take on his coveted first one-on-one dates. And in another Bachelor first, Byron exercises his option to select three women for “Last Chance Talks” before the rose ceremony, at which he must narrow the field from 15 to 10.

We find out that there will be not one but TWO bachelors, and that the ladies get to pick which one they want to stay. We are introduced to Byron and Jay.

Jesse appears for the first time in public with the woman who captured his heart, and he'll also face the final women he left heartbroken, including Trish. Find out if she will make one last play for him or finally accept defeat?

Bob's relationships with the final four women get more serious as he travels to their very different hometowns to meet their family and friends.

The women who didn't receive roses from Aaron reunite to dish and give their predictions on which of the two women (Brooke or Helene) he's likely to choose on The Bachelor: The Women Tell All. And in a surprising twist, Aaron shows up to the take the heat! The special features previously unseen footage and behind the scenes material from the series. (Brooke and Helene are not included in this special).

As the four ladies prepare to take Aaron home to meet their families, they must also say goodbye to each other and move out of the Ladies' Villa. Meanwhile, even as relationships are growing stonger, Aaron must present roses to only the three women he would like to continue dating.