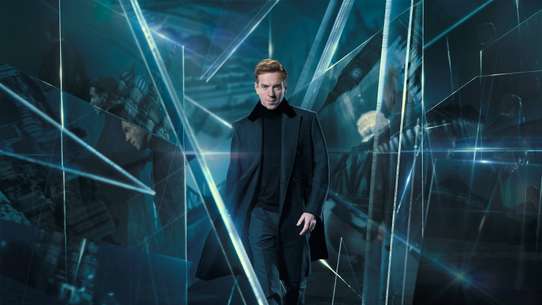 The BEST episodes of Spy Wars with Damian Lewis

Starring Damian Lewis in his first factual role, this new docu-drama reveals remarkable true stories behind the most gripping and significant international spy operations of the last forty years. From the truth behind the escape of US diplomats from Tehran, immortalised in the award-winning film Argo, to the spy operation which narrowly averted all-out nuclear war, to the incredible ‘spy swap’ which brought Sergey Skripal and his daughter, Yulia, to Salisbury (where they narrowly escaped an assassination attempt on their lives last year), the series relates the incredible true stories of the spy wars fought in the shadows. Utilising innovative and highly stylised reconstructions, Damian Lewis: Spy Wars is shot on location in London, Moscow and Israel.

This is the story of Robert Hanssen - a former FBI agent who systematically dismantled the United States’ network of undercover Soviet agents, from the inside out. His espionage was described by the Department of Justice as "possibly the worst intelligence disaster in U.S. history”. Hanssen spied for Soviet and Russian intelligence services against the United States from 1979 to 2001 and his actions pitted CIA against FBI and triggered a mole hunt that brought the American intelligence services to their knees.

This is the story of the biggest spy swap between Russia and the United States since the Cold War involving Sergei Skripal, the victim of the infamous 2018 Salisbury Novichok attack. From the United States ten Russian ‘illegals’, who have, for a decade or more in some cases, masqueraded as Americans and had operated undetected by their neighbours, but not by the FBI, who have had them under surveillance for years. In the other direction are four spies who have been released from Russian jails. One of which was Sergei Skripal. Another,Gennady Vassilenko, a long-standing CIA double agent, and the man some say was involved in giving up the infamous traitor, Robert Hanssen. But what the Russians don’t know is just how valuable Gennady is to the West.

This is the story of the biggest surveillance operation in British history, and how British intelligence agencies and their allies thwarted the deadliest terror plot ever devised on home soil. In June 2006, Abdullah Ahmed Ali flew back from Islamabad, Pakistan to return to his east London home. Ali had no idea he was being watched by the British security service, MI5. The airport discovery marked a critical moment, as they found a collection of batteries and a large bag of the soft drink powder. MI5 then launched their largest surveillance operation, Operation Overt, with a breakthrough arriving when Ali was seen visiting an empty flat recently bought in Walthamstow. MI5 broke in and planted surveillance equipment in the flat. A camera recorded Ali and his friend, drilling a hole in the bottom of a soft drinks bottle, to enable them to empty the bottle and replace its contents with liquid explosives. Being tracked by MI5, Ali met another of his co-conspirators in a car park beside Waltham Forest Town Hall, where he handed over several suicide videos. The police immediately moved in to arrest them and held a total of 24 suspects in a series of co-ordinated raids.

This is the story of Viktor Bout, and he would become one of the most famous - or infamous - Russian businessmen in history. A former spy, he became the world’s most dangerous arms dealer, a man responsible for the deaths of millions worldwide. It’s a tale of greed and immorality that led to one of the most audacious undercover sting operations ever conducted.

This is the story of Oleg Gordievsky, one of the West’s most valuable Cold War agents who risked everything to avert a third World War. Appearing to be an ambitious diplomat stationed at the Soviet embassy in Denmark. Gordievsky was actually a Russian spy and a rising star of the KGB. After a few years in Copenhagen, he was recruited by the British and posted to London by the KGB. Whilst in London, President Reagan authorised the largest NATO war game in its history: Able Archer. From the KGB’s station in London, Gordievsky passed key intelligence to the British which many believe singlehandedly pulled the world back from the brink of nuclear annihilation before being summoned by the KGB to return to the USSR immediately. Uncertain if his cover had been blown, Gordievsky was accused of being an MI6 spy. Refusing to blow his cover, he set in motion his MI6 extraction plan, leaving behind his wife and children. It would take 6 years and the collapse of the Soviet Union before his family could flee Moscow to join him. In 2007, Gordievsky was appointed ‘Companion of the Most Distinguished Order’ for services to the security of the United Kingdom by the Queen.

In 1968, Dani Limor was recruited by Mossad. To this day, virtually all of Limor’s assignments remain classified. But their successes made him one Mossad’s top field agents. In 1977, the Israeli State officially recognised the heritage of an ancient tribe of 90,000 Jews, who were the decedents of those fleeing Jerusalem more than 2,500 years earlier. Now, they were 1,800 miles away, in an enclave of around 500 impoverished villages, in the northwest corner of Ethiopia, a country under the control of a pro-Communist military junta and funded by the Soviet Union. It became clear the Lost Tribe were not going to make it out of Ethiopia on their own. This is the story of how Mossad sent undercover agents into enemy territory to secretly repatriate thousands from the Lost Tribes of Israel. It’s one of the most daring rescue missions in the history of espionage.

This is the story of eight filmmakers sent to Tehran to scout locations for a big budget, Hollywood-produced sci-fi fantasy film as depicted in the award-winning film Argo. In January 1980, two CIA agents and six employees of the US embassy in Iran arrived at Mehrabad Airport, Tehran with fake passports, papers and scripts. This is the remarkable story of how one man used inspiration from Hollywood to school six frightened diplomats in the art of ‘being someone else’, and score a victory for the CIA, in one of the darkest moments for American foreign policy.

This episode tells the amazing story of Vladimir Vetrov, a high-ranking KGB officer and secret operative for the French Intelligence Service, during the Cold War. In December 1980, he made the decision to spy for the French Intelligence Service after spending a number of years in Paris. As a secret agent Vetrov passed more than 4,000 documents to his handlers revealing the extraordinary depth of the Soviet industrial espionage mission against the West. President Ronald Reagan’s advisors manipulated the situation to their advantage, by feeding faulty technology back to the Russians in a decade-long Trojan Horse operation which fatally undermined Soviet science and technology. In February 1982, Vetrov was arrested for the murder of a bystander and the attempted murder of his mistress, KGB secretary Ludmilla Ochinkina.