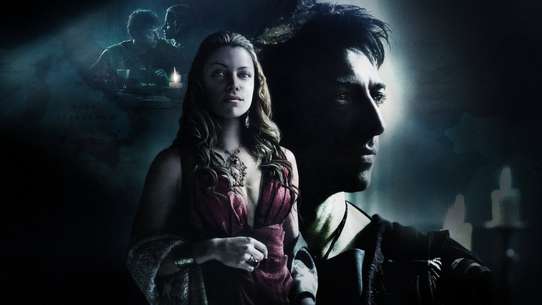 The BEST episodes of Roman Empire

This stylish mix of documentary and lavish historical epic chronicles the turbulent, violent reigns of Commodus, Julius Caesar and Caligula.

Lavish imperial games at the Colosseum are highlighted by the emperor's bloody victories, but his paranoid abuses of power lead to a final betrayal.

After chasing Pompey to Alexandria, Caesar is victorious I the war, them swiftly makes a powerful ally and lover in Egypt's ruler, Cleopatra.

Caesar's hard-won victory over Gaul endears him to the Roman people but leads to a military showdown with the Senate and his former ally, Pompey

Caesar's wealth grows as one-third of the triumvirate, but his brutal tatics make enemies, forcing him to remake his image as a military conqueror.

Caligula's increasing paranoia and debauchery lead to ruinous bloodshed and spending as Rome, the Senate and even former allies turn against him.

Commodus rises to power as Rome's new emperor, but not everyone supports his ascent. Among those conspiring against him: his older sister Lucilla.

The Germanic tribes strike as Marcus Aurelius succumbs to disease, leaving a skeptical Emperor Commodus to prosecute a war that doesn't interest him.

After success in war makes Caesar a rising star, escalating tension between Rome's two most powerful men creates an opportunity for advancement.

A disastrous grain shortage reaveals Cleander's treachery and leaves Commodus isolated, inspiring him to trains as a gladiator in a bid to unite Rome.

Vulnerable without an heir, Caligula decides to secure the throne with a child of royal blood by embroiling himself in affairs with his three sisters.

After the mysterious death of his popular father, young Caligula grows up in the uncertain shadow of his tyrannical emperor and uncle, Tiberius.

Commodus defeats his sister's coup but withdraws from governing, allowing other to amass power while he engages in an affair and banishes his wife.

Fighting an implacable enemy in Germany, Marcus Aurelius trains his decadent son Commodus to succeed him, while rumor and intrigues brew back in Rome.

The death of Tiberius vaults Caligula to power as Rome's new emperor, a role at which he initially excels -- until an illness unhinges his mind.