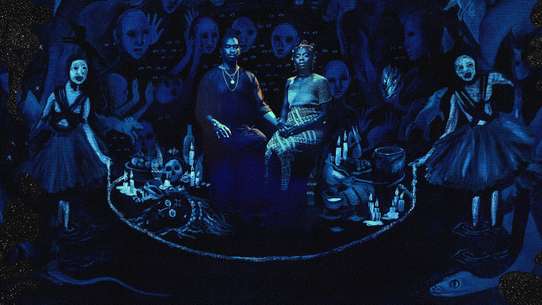 The BEST episodes of Random Acts of Flyness

This time, MLK is still dreaming and an actor finds inspiration in Africa.

This time, sleep deprivation, the usefulness of Najja's jealousy and an artist's conversations with a simulated black woman.

This time, an intimate look at gender fluidity and body augmentation, a way-too-real video game, advice on how not to be a creep and more.

#4 - Items Outside the Shelter But Within Reach

This time, a night at the club, a stressful family picnic and a vegetable who is trying to escape his grocery store.

This time, bad hair goes rogue, a look at an app for reparations and a take on the second amendment.

#6 - What Are Your Thoughts on Raising Free Black Children?

An innovative, stream-of-consciousness look at contemporary life. First, a morbid cable-access show, a cure for "white thoughts," and a talk show about sex.