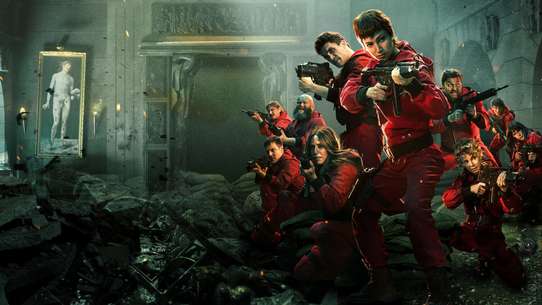 The BEST seasons of Money Heist

Every season of Money Heist ever, ranked from best to worst by thousands of votes from fans of the show. The best seasons of Money Heist!

A master stroke devised and perfected for years, planned for months and executed in a few minutes so that the chosen group of thieves who enters the National Mint and Timbre at gunpoint make the police believe that their plan has failed... And that they are besieged inside the building with no other exit than their surrender.

Under the guidance of The Professor, a group of eight very peculiar robbers have attacked the National Coinage and Stamp Factory of Spain and took hostages to carry out the most perfect robbery in the history, aiming to take home 2.4 billion Euros in cash.

The Professor and his team reunite to free Rio, this time targeting the Bank of Spain with a daring and dangerous new plan. The Resistance continues.

Three years after the heist on the Royal Mint of Spain, the robbers are enjoying their lives paired-up in diverse locations.