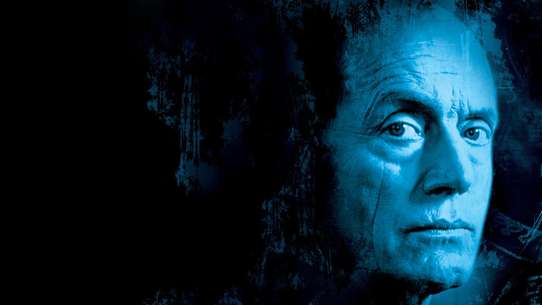 The BEST episodes of Millennium

Every episode of Millennium ever, ranked from best to worst by thousands of votes from fans of the show. The best episodes of Millennium!

A man confesses to murdering his family, but Frank doesn't believe him.

Frank and Peter are exposed to a dangerous disease and Lara disappears under mysterious circumstances.

Frank and Emma investigate a mass grave that may have links to the Millennium Group.

Frank and Emma investigate a family of identical women who are apparently being killed off.

Frank feels that Bletcher's murderer is responsible for the kidnapping of a boy.

Against orders from the Millennium Group Frank searches for a missing boy in Alaska.

Emma and Frank investigate the mysterious biological research conducted by a former Millennium Group member who is dying from a mysterious disease.

#8 - The Hand of Saint Sebastian

Frank and Peter go to Germany in search of a holy relic that may unlock the secrets of the Millennium Group.

Frank and Peter investigate a murder committed live on the internet. Clues lead Frank to the past and a serial killer called Avatar.

When Frank links two seemingly unrelated murders he finds that a killer seems to be committing murders in the exact style of serial killer Richard Hance, whom Frank put behind bars twenty years ago. The case warrants Frank's attention, and he is forced to his personal demons before he can help Bletcher track down the copycat killer...

The Marburg virus has apparently run its course. Several months after the death of his wife and a nervous breakdown, Frank rejoins the FBI and investigates a plane crash with a new partner.

Peter's daughter is kidnapped by a Gulf War veteran who hopes to force the Millennium Group into admitting their crimes. Frank and Emma attempt to help, but Peter seems determined not to betray the secrets of the Group.

Frank receives a series of Polaroid photographs showing the face of a drowning victim. The face is his own.

A pack of horrible vicious dogs plague a small town and Frank learns more about the motives of the Millennium Group from a mysterious old man.

When Annie Tisman opens a parcel containing a human tongue, Bob Bletcher asks Frank Black for help. This is the fourth package within the last four years containing fingers or other members cut from living victims - but no bodies were ever found. When Cheryl Andrews, expert pathologist of the Millennium Group, checks the tongue she discovers that it has been removed postmortem - the killer has changed his MO. When Bardale, a career criminal, is released from prison, a man who introduces himself as the Judge makes him an offer - to carry out his verdicts in exchange for immunity. His first job: to kill his predecessor, a man named Carl Nearman who botched the last job, the killing of former police officer Jonathan Mellen. Mellen's body is discovered in the woods. When Frank visits the morgue, Carl Nearman's body is on the table. In a vision he sees a connection between Mellen and Nearman. When Catherine tells him that Annie Tisman's husband died twelve years ago in prison where h

Frank investigates the disappearance of a former nemesis, Dr. Ephraim Fabricant, and learns that his family may be the target of a murderer.

On Christmas, Frank and Jordan go one vacation in Vermont. Unexpectedly, they get involved with a supposedly dead Mafia hit man who appears to be living in the woods with a number of mysterious women.

Frank and Peter investigate a series of Satanic murders and get caught in a battle between good and evil.

After ten years as an FBI profiler, Frank Black relocates from Washington to his hometown Seattle with his wife, Catherine, and their daughter, Jordan. However, a series of sexual homicides coaxes him from retirement. He offers his support to Lt. Bob Bletcher, a former colleague with Seattle's Homicide Unit, and is in turn offered the resources of the mysterious Millennium Group, a corps of former law enforcement officers. Blessed - or afflicted - with an uncanny ability enabling him to see the world through the killer's eyes, Frank must pursue the murderer through Seattle's underground scene and stop his killing spree.

Frank and Emma investigate a number of apparent drownings that occurred on dry land.

A pharmacist drugs unsuspecting couples and forces them to enact his sexual fantasies that he cannot carry out with his wife. Will Frank and the Millennium Group be able to end these crimes before he can strike again?

Franks wakes up in an alley with both memory loss and the strange feeling that someone was murdered.

Frank and Emma investigate a murder in a small town where Emma spent part of her youth.