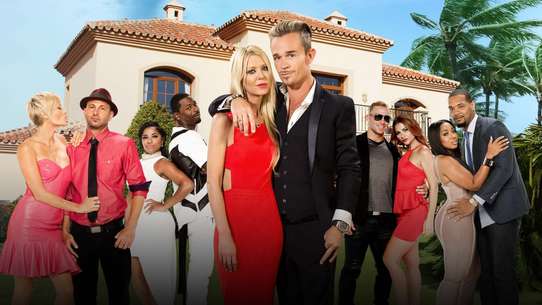 Quintessential reality star couples are forced to face their personal demons in an extreme relationship boot camp, hoping to fix their broken unions. Raw, unbridled truth ensues when they are pushed to their emotional and physical limits to see if their relationships are worth saving or they should pull the plug.

It's sex day and the couples open up about their sex lives; Monie and Tuff have a major breakthrough; one couple reveals a massive secret that is so explosive, it turns the house upside down.

The Boot Campers must face their past childhood demons to break the cycle; A1's dark tale brings clarity; Lyrica faces the death of her twin; Rich & Mariahlynn finally have a breakthrough.

Jealousy is lit when Dr. Ish has the Boot Campers swap romantic partners for the day to perform a sexy dance. A1 is caught in the middle when Lyrica and K Michelle’s past feud resurfaces, and Boo shows a side that no one expects.

Dr. Ish calls out Lyrica when she struggles to forgive A1 for his past infidelity, and Kastan begin to feel that he doesn’t live up to K Michelle’s high standards. Meanwhile, the couples hit the stage

Hip Hop Edition is back with the four most wild couples Boot Camp has ever assembled. Dr. Ish and Judge Toler will try to mend these broken relationships. Will they lean in to the process or will they let it break them?

The Boot Campers spill their shocking sex secrets & flip the house upside down. Dr. Ish makes a decision that stuns the couples. Kurupt’s behavior pushes Toni to a breaking point. A trip to the hospital results in a devastating discovery.

The spouses swap for a sexy tango competition that spirals into a jealous rampage; and Sundy goes commando. Meanwhile, Catherine's jealousy from sharing Sean with other women on "The Bachelor" reignites.

Vado's shocking outburst rocks the house and forces Dr. Ish to make a difficult decision; when the couples reveal their deepest insecurities, it leads to surprising breakthroughs; Toni's devastating discovery threatens her relationship with Kurupt.

The couples talk about sex, which leads to shocking confessions. Later, Merika's furious after Margeaux reveals a desire for her ex; Keke and Margeaux get in an argument; and Amber exposes a dark secret.

Emotions collide in a deadly car crash. Couples must say final goodbyes, but Amy won’t commit and Ashley bursts into tears. A gruesome twosome wreaks havoc over Boot Camp, pushing one spouse over the edge.

#25 - Family Edition: Cycling Through the Past