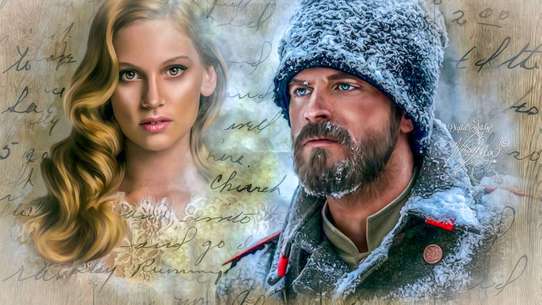 Kurt Seyit is a handsome, womanizing lieutenant, eldest son of a wealthy landowner Crimean Turk. Seyit attending a dance in Saint Petersburg and makes a bet with his friends; You will get a kiss from the first girl who enters the room. Furthermore, Şura is the youngest daughter of a noble Russian family and come before the high society at the dance. When Şura entering the ballroom, they fall in love at first sight and soon begin an affair full of obstacles. Seyit's father, Mirza Eminof, wants his son to marry a Muslim Turkish woman to ensure the offspring. On the other hand, the family of Şura want to marry rich and noble man in Russia. The love of both is tested by war, but also jeopardized due to the intrigues of Petro Borinsky and Baronesa Lola.