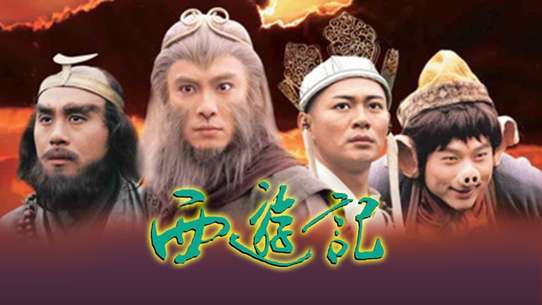 The BEST episodes of Journey to the West 1996

Journey to the West (Chinese: 西遊記) is a 1996 Hong Kong TV series produced by TVB, based on the classic Chinese novel of the same name. The series was very popular during its original run on TVB Jade, mostly because of Dicky Cheung's performance as the Monkey King Sun Wukong. In 1998, the series was redubbed in English and broadcasted on TVB Pearl, the only TVB series to have received such treatment to date. A sequel, Journey to the West II, was broadcasted in 1998, but the role of Sun Wukong was played by Benny Chan instead, due to contract problems between Dicky Cheung and TVB. Cheung later reprised the role in another series entitled The Monkey King - Quest for the Sutra (2002), which was broadcasted on TVB but not produced by it.