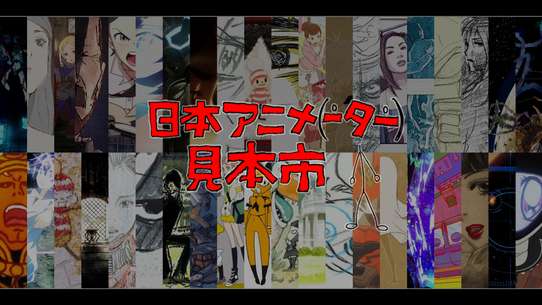 In the far distant future… Humans are living in the underground shelters under the complete controlled situation. “Why has the world gone to ruin, and what have made humans stay in the shelters?” Every day the members of Bureau of Proto Society debate the cause of the fall of the world from the past documentary videos… probably.

#2 - SEX and VIOLENCE with MACHSPEED

A dog named Matt has a serious sexual problem. He decided to visit a detective agency known that there is a most beautiful woman in a town...

About the Pervert..... are people who know the true shape of their desires. They have carefully traced those contours... like a blind man using both hands to measure the shape... In the early time of 20th era in Paris. Colette act in brothel without escape with coworker. She had spent every day for satisfy the desires of the many customers. For her, life is stuffy. She feels only hope that by the time of tryst with lovely Leon. But Colette don't get feeling surely that he really loves her...... Women living strong in the closed paradise. and [Memoirs of amorous gentlemen] reveal desire of yourselves. Love and desire are crossed, Welcome to the beautiful and mysterious castle.

People of star similar to Earth, built the civilization on the ground of the various places, like our world was so. And they were led to the global war by science force evolved. But in this star, there is a secret that don't know even for residents.

War is a constant. But the prize has changed. Lives were lost over oil in yesteryears. But now, it is water. Yatsushima was a nation blessed with water resources, but nations of the Aestern realm manipulated the ruling shogunate, turning it into a puppet regime. The outflow of water from Yatsushima to neighboring nations severely impacted the lives of its citizens. Some were unwilling to be complacent to such heinous acts. Many of these rebels were young, and their insurrection was the spark that started the Yatsushima Revolution.

In the spring of 1975, peace returned to the universe once more. But then members of the Ultra Brothers started being murdered by someone, one by one. The perpetrator was Jackal the Demonic Space Overlord. Jackal was an alien defeated by Ultraman King and banished to spend an eternity in a black hole. Having returned, Jackal sent his armies to Earth to uncover any Ultra Warriors that may be hiding in humanoid form there. Jackal's minions resorted to threatening to kill human beings held as hostages in order to force Ultra Warriors to reveal themselves. Just when it seemed all hope was lost, a mysterious warrior wearing a suit of armor that obscured his identity appeared from the heavens...

The date: 2015 AD. The Angels' assaults upon Tokyo III have increased in its ferocity. In this city, three young girls upload their latest song onto Nico Nico Douga. Haruka Ishii, Izumi Taniguchi and Ayako Matsuzawa. The three girls were juniors in Tokyo III's Private Junior High School No. 1 and they were active on Nico Nama (Nico Nico Douga's live streaming service) as the musical group, Impacts. But with Ayako evacuating the city in order to avoid the Angels' onslaughts, the group was to break up after releasing their latest song "A Sentimental Hunch". Haruka, Izumi and Ayako were about to live their lives, separated from one another. Realizing she would the one left behind, Haruka makes a proposition to Izumi. And now, another Angel is about to wreck havoc upon Tokyo III...

Kenji Miyamoto, the one and only choreographer in Japan x Atsushi Kamijo, a cartoon artist x figure skating An animated work in very unusual collaboration!

I beg you, please hit, crush, and kill him.

A mean older sister "BUBULINA" and a serious younger sister "BUBU ". One day, a girl who had queerly long legs came before them. Her red shoes caught the eyes of BUBULINA. She said, "With the shoes, you can dance very well like this. Do you want to try?" "Yes!" BUBULINA strongly nodded her head. In the next instant, the red shoes held on to BUBULINA...!? A unique movement special to animation depicts a cute but noisy trouble. "A thrilling noisy action animation" by director Takashi Nakamura with all his might

A revolutionary new prime minister liberates Japan and carries out policies he promised to the voters of Japan. Hiramatsu personally approved the English subtitles used on the project's website.

#15 - Ragnarok ~ Hello from the Countries of the World

This is the story of the future a little bit ahead. The Japanese representative robot, demonstrated at the venue of The International Giant Robot Exhibition in Odaiba, goes out of control due to an unknown cause and destroys buildings around the venue. The police and Japan Self-Defence force cannot stop the robot, and the American and Russian robots are sent out to save the situation along with the request from Japanese government and the exhibition association office. However, because of the horrible power of the Japanese robot, a fight has begun between them. They fire missiles and shoot energy beam, which should not be loaded, and the area around the venue becomes a battle field. The UK, Chinese and German robots become victims of the circumstance and jump into the battle. The situation gets into a battle royal. Who will be a survivor?

The feeling some encounter and farewell from that journey.

20XX year, the world was wrapped in deep snow. In the world,The people of dim cold winter had been managing all [THE MEDIA].

Hinako, a high school girl, loves to ride a bicycle, who respects a professional road racer. Every morning she competes with a boy of her classmate to the way to their school on the hill, riding her mama chari bicycle, but she loses the game every time. Frustrated Hinako gets a chance for winning the game from the video of her favorite cycle racer and is ready for the game next morning…

Only the dead body remained. A one-armed woman who has a ghastly past. She dyes the wasteland in blood in order to achieve revenge on the one-eyed man…

Rika woke up on the sofa in the usual room. She feels the unusual atmosphere…

“Mobile Suit Gundam” series are still favored by various generations, passed its 35th anniversary. The animators who played the core roles in the memorable first series “Mobile Suit Gundam” are Yoshikazu Yasuhiko and Ichiro Itano: “We would like to leave the key animations as the film production to posterity to praise their achievements, which influenced not only on the audience but also on the current anime industry.”

Shinji, Rei, and Asuka in their states at the end of “Evangelion: 3.0.” A post-Impact world.