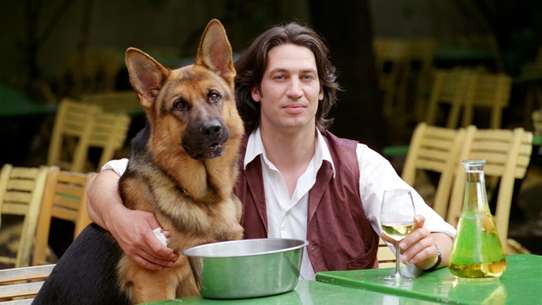 The WORST episodes of Inspector Rex

A recently divorced cop adopts a police dog who lost his former companion, together they solve crimes in and around Vienna. Also known as "Inspector Rex" in Australia and "Rex: A Cop's Best Friend" in the UK.

When Countess Clotilde Sanfelice falls to her death from a window of her house in front of two horrified witnesses, a homeless woman who is seen fleeing the house is suspected of having murdered her. Rex and Inspectors Fabbri and Morini investigate the suspicious death.

Inspector Fabbri and Rex are called to investigate the death of rich kid Tony, who has been stabbed at his birthday party while his friends were watching a fireworks display.

Inspector Fabbri and Morini and Rex team up with the secret service to join in the hunt for a terrorist who has threatened to blow up a local conference.

The murder of night club singer Daria demands special commitment from Inspector Fabbri, as she was a close friend of Fabbri's on-off girlfriend Katia Martelli, a forensic expert and part-time singer.

After a bad fall during an illegal motorcycle race, Stefano Bianchi dies on the way to the hospital. Since forensics confirm that his bike had been tampered with, Inspector Fabbri and Rex are called in to investigate his murder.

Professor De Vitis, a retired physician and president of a prestigious golf clubs in Rome, is found dead on his own golf course. The investigations are more complicated than expected for Inspector Fabbri and Rex, as almost all members of the club have a motive for the murder.

Fabbri, Rex and inspector Morini miss a soap episode to examine the scene of the shooting of Marco Pagani, a remarkably well-housed unemployed Roman. Fingerprints lead to trucker Fiocca, who transported wooden crates for him. They contained Etruscan art finds on a Ghini's building site, which would be shut down for a proper dig of officially reported. The team reconstructs the fencing tracks which the killer tries ruthlessly to blank, using violence again.

I'm actually the Special S00E02 and was added here by a braindead idiot.

#16 - Death Among The Dolphins