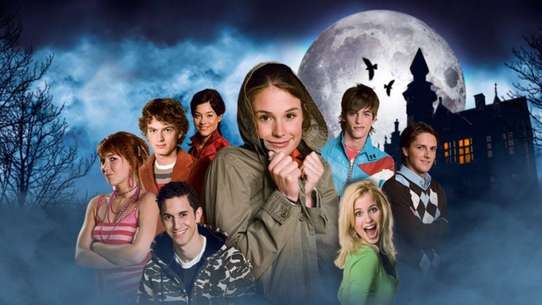 The WORST episodes of House of Anubis (NL)

In a building dating from 1900, currently serving as a boarding school, eight young people live together under the leadership of the strict landlord, Victor. When newcomer Nienke moves into the house, another resident, Joyce, suddenly disappears. Joyce's best friend, Patricia doesn't trust Nienke and forces her to spend a night in the attic.There, Nienke makes a bizarre discovery: the recorded diary of a young girl, Sarah, who lived in the house, many years before. Sarah's parents were archaeologists in Egypt who mysteriously died. On the tapes, it is revealed the house has a secret history, a mystery that nobody knows anything about. She decides to investigate, together with fellow resident Fabian and her roommate, Amber.

Are You Afraid of the Dark?