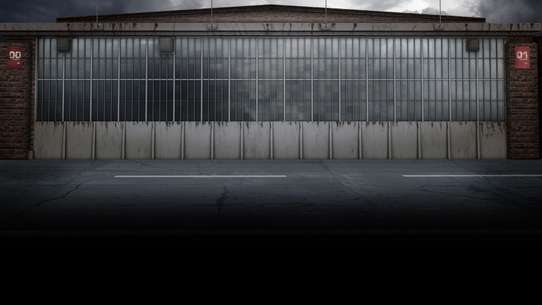 The BEST episodes of Hangar 1: The UFO Files

There is a place where the truth about UFOs exists; a vast archive of over 70,000 files gathered over nearly half a century. The place is called Hangar 1. Now, it is finally open for investigation. MUFON, the largest and most respected private organization dedicated to investigating UFOs, has worked diligently to compile, research and store these files. The new H2 series Hangar 1: The UFO Files will delve deep into these archives to look for connections, clues and evidence; because only by investigating the files of Hangar 1 can we find the truth about UFOs.

Hangar 1 is full of case files where local and military police officers have encountered incredible events and provided detailed witness accounts of UFOs. Unfortunately, the government and military often ridiculed these officers and threatened their careers. Now police reports are filed directly with MUFON, who value these credible witnesses and fully investigate their reports.

MUFON investigations within Hangar 1 have turned up evidence of amazing otherworldly technological powers, like tractor beams, teleportation, and invisibility. Witnesses who have encountered UFOs have also experienced physiological aftereffects, including x-ray vision and telepathy. What is the connection behind these seemingly supernatural displays of power?

Hangar 1 contains hundreds of MUFON case files from people who have been pursued and hunted by UFOs, some even multiple times. What are these UFOs after, and could you be their next target?

In every instance of wars throughout history, one thing is constant…the sighting of multiple UFOs over battlefields. Is the purpose of these visits to harm us…or to warn us of our own potential destruction?

Hangar 1 files reveal that President Ronald Reagan's personal encounters with UFOs may have been the driving force behind the Strategic Defense Initiative, a controversial program that may have led to a top secret space weapons platform to protect us from attacks from space. Waves of UFO sightings across the world may, in fact, be evidence of a secret fleet of military UFOs that we've created. Has NASA and the U.S. government been secretly building this program to protect us against alien and asteroid attacks? A look into MUFON's files suggests that these space weapons may already be in place.

Could there be just as many UFOs traveling beneath our oceans and lakes as those reported in our skies? MUFON investigations uncover an extensive history of submersible UFOs--and the possible underwater bases that conceal them.

There are countless reports of UFO witnesses being intimidated into silence by mysterious Men in Black. Who are these ominous visitors, and what is their real agenda? Are they deadly enforcers for a secret shadow government? Or could the Men in Black have an altogether unearthly origin?

Hangar 1's files are full of stories involving Native Americans and their familiarity with alien beings they refer to as "Star People." Is it the sacred tribal lands that attract interstellar visitors...or is it the people themselves?

Commercial airline pilots and flight crew spend more time in the sky than anyone. It's no surprise, then, that many UFO sighting reports have been generated by pilots and airline personnel. UFOs have chased commercial flights and even collided with them. One UFO hovered in plain sight above Chicago's O'Hare Airport and was seen by dozens of witnesses. However, despite thousands of sightings, pilots are still discouraged from publicizing their experiences, and the few that do have faced professional ridicule and loss of their jobs. Hangar 1 files uncover many UFO incidents, and suggest that the next time you fly, keep your window shade open. You never know what you might see up in the skies.

Hangar 1 uncovers shocking evidence that the government has been recovering not only advanced technology from crashed UFOs but alien bodies as well. What has the government learned from these bodies both living and dead? And where is the top-secret facility that hides these secrets from the world?

Hangar 1 investigates the discovery of SOM1-01, a top-secret Special Operations Manual detailing government protocols for recovering extraterrestrial UFOs that have crashed on Earth. Is this the smoking gun we've been looking for, proving the government's knowledge and interaction with UFOs and extraterrestrial life?

Demonic seduction… hybrid offspring… and strange abductions. In cultures throughout the world, there are tales of intimate encounters with otherworldly beings. But could these stories be more than just mythology? Scientific deconstruction of human genetic makeup has revealed that our origins are not what we once believed. Biologists have determined that early humans mated with several other species of intelligent hominids. Neanderthals, Denisovans, and a third–as of yet unidentified–species may also be represented in our DNA. Is it possible that tales spanning from fallen angels to Greek gods, medieval incubus and succubus to today's extraterrestrial sexual encounters are all one in the same? And if so, is it all part of a greater agenda? Might examining these experiences provide not only evidence of extraterrestrial sexual intervention in the remote past, but also reveal the true nature of mankind's origins?

Inside Hangar 1, MUFON archives contain dozens of reports of UFO crashes–yet few of these incidents ever reach the public. In 1976, a UFO crash along the Gulf of Mexico leads to a confrontation between the U.S. and Mexico, with a deadly aftermath. In the 1800s, a small farm town holds a public funeral for an extraterrestrial pilot of a crashed flying saucer. And in Kecksburg, Pennsylvania, one man's search for the truth behind a 1965 UFO crash may have led to his murder. Who is covering up evidence of UFO crashes, and how far will they go to keep you from knowing the truth?

Could the greatest inventions of the twentieth century and beyond potentially be the products of reverse engineered alien technology? Inside Hangar 1, MUFON files trace mankind's technological boom to materials reportedly recovered from UFO crashes in the 1940s. MUFON investigates allegations of alien engineering, from the birth of the transistor in the 1950s, to military UFOs in the Middle East. Is our modern world built on a foundation of borrowed--or stolen--technology?

Deep within MUFON, files are thousands of extraordinary, unknown UFO cases that fall into the category of "high strangeness," the closest type of encounters on record, involving UFO sightings within a few hundred feet as wells as the occasional presence of extraterrestrial entities. These thoroughly investigated MUFON cases prove just as astonishing as some of the better-known stories that have become front-page news.

Hangar 1 files suggest that beneath mountain ranges, deserts and perhaps even one public airport, there exist Deep Underground Military Bases that are rumored to be the nerve center for some of the U.S. military's darkest secrets. Activities rumored to take place in these underground bunkers involve the study of UFOs, alien life, and black project technologies. MUFON also exposes new, shocking files that reveal an alliance might exist between our government and an underground alien civilization. Is the U.S. government housing UFOs in these underground bases and could extraterrestrials already be living here on earth? We already look to the skies for proof of the existence of UFOs, but perhaps we should also be looking below our feet.

From Truman to Obama, our modern day Presidents have all had rich and controversial histories with UFOs and extraterrestrials. In fact, Eisenhower, Nixon, Carter, and Reagan are each rumored to have had personal encounters. Inside HANGAR 1, MUFON files ask, "What do our presidents really know about the existence of UFOs?" Are some Presidents kept in the dark because they aren't trusted with that knowledge and how they might use it? Or, are they all aware, but the secrets are too dark and deep that full disclosure becomes a risk they just can't take?

Texas has been a hotbed for extraordinary UFO activity for decades. As Hangar 1 digs into some of the Lone Star State's most unusual and best-known cases, patterns point to Texas's unique role in a larger government conspiracy.

Hangar 1 files reveal top-secret evidence that indicates the government has been operating bases on the Moon and Mars. Some of this evidence dates back to the 1950's and suggests that NASA may be behind a long existing, secret mission to establish off-planet outposts. If these bases do exist, what is their purpose and why are they being kept a secret?