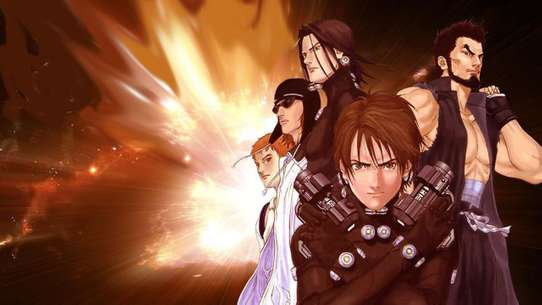 The BEST episodes of Gantz

Every episode of Gantz ever, ranked from best to worst by thousands of votes from fans of the show. The best episodes of Gantz!

Kurono Kei, a high school freshman, put on airs and thought only about girls. One day, on his way home, he comes across a man who accidentally fell from the train platform. He didn't care for other people, and at first he enjoyed watching this man that was about to die. However, Katou Masaru, who was a classmate in his elementary days, suddenly gets onto the train tracks from the train platform to help the man. Being asked for help, Kei reluctantly began to help him. But when they got the man onto the platform, the train came. They must have been killed by the train, but they were transferred into a room of a condominium in a moment. There, they found a black sphere and people who are supposed to be dead like them. They couldn't get out of the room, and they couldn't even touch the wall. What is the room? What is this ball?

Kei is crushed by Kishimoto's decision.

The battle with the statues continues, with tragic consequences.

Kurono faces off against the main alien alone. The survivors get their scores.

Kurono takes out the green colossus, the team goes after the red one, but the fight's not over, more statues awaken.

The team tracks the bum hunters to a funeral home and a firefight breaks out.

The team splits. Kato, Kishimoto and Hojo go after the other Suzuki aliens. Kato's suit runs out of power. Kurono, Testu & Haruya find the rest.

The priest convinces the others that Kato is a demon. The game begins. Meanwhile two punks go bum hunting.

The final battle with the statues, who will survive?

Having barely survived the last mission, Kurono is drawn back in. This time the players include the bookshop clerk, his teacher, and the bum hunters. The rest introduce themselves and Kurono snaps.

Gantz makes Kurono the target! Everyone sees Kurono as the person that killed them.

After the fight with the Red and Green Colossi, the team must take on several man sized statues, plus a Colossal Buddha!

The team takes on the Colossi, the bum hunter continue.

Kato stands up to his aunt and moves out, Kishimoto leaves Kurono, and Tetsu's life falls apart.

Kurono and Kishimoto decide to head to Kishimoto’s old house to see what the "other Kishimoto is like". What will they discover? Meanwhile, Kato is having trouble at home, with his aunt beating his littler brother, and at school, with bullies picking on his friends. When a senior challenges him to a fight, will he go too far?

Kurono, without a suit, follows the Suzuki alien until he makes it mad, then leads it to the others. Nishi and the alien face off in the canal.

Gantz calls Kurono, Kishimoto, Kato, and Nishi once again. But, who else will it call and what new mission does it have for them?

After finding Kishimoto asleep at his door, Kurono has one lucky streak after the other. Eventually, Kishimoto asks if she can stay with him! Kato is, however, unaware of Kishimoto’s problems. Will she tell him? Meanwhile, everyone else has problems of their own...

#18 - No Labyrinth Is Inescapable

The team realize the bum hunters are psycho and team up with Kurono to try and stop them.

#19 - I'll Kill You Without a Moment's Hesitation

The bikers kick Tetsu out of the gang, Kurono doesn't have his suit, Nishi badmouths everyone, then the hunt for the Suzuki alien begins.

The new Gantz participants have to face off against a really nasty alien.

Introduction of the cruel selfish setting, Korono Kei, and Kato Masaku. This episodes ends with the first sight of the black sphere known only as Gantz and a couple of the other characters who will play more important roles later on. Most of the episode is done with the Korono's internal monologue.

The final fight for Kurono and the game ends

Kei, Katou and Kishimoto learn from Nishi about the scoring system involved in the alien hunt. Nishi also tells them about boundaries and ground rules when they are not transported to fight aliens.

Kato takes on the alien.

Now that Kurono, Kato, and Kishimoto are alive again, they can return to their regular lives… or can they? What trouble awaits the three in the future? Are they really alive? And, can Kurono survive a fight with a school bully?