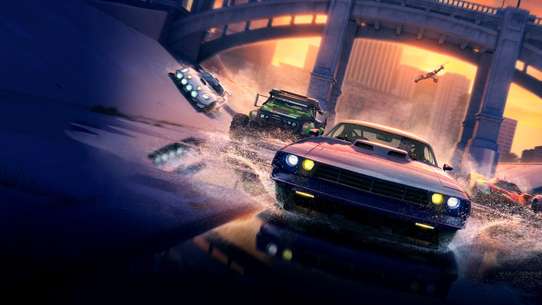 Tony Toretto, Dominic Toretto's cousin, is recruited by a government agency together with his friends to infiltrate an elite racing league serving as a front for a crime organization called SH1FT3R that is bent on world domination.

With an angry mob on their tail, the team must pull out all the stops to recover the spy plane and save the world from a chilling reign of terror.

Deep in lava-filled tunnels under the city, the Spy Racers make one last stand against Moray to stop his evil plan once and for all.

Layla, Tony and Shashi attempt to infiltrate Sudarikov's island base. Elsewhere, the others struggle to rein in their out-of-control spy plane.

As Ms. Nowhere and Echo confront Palindrome, Cisco tracks down Tuco in the wrestling ring, and Layla tells Frostee she feels unwanted on the team.

On a dangerous mission to recover the hauler, Echo has to think quick on her feet to avoid capture by a surprising enemy.

As a plan comes together to unleash the formula on an unsuspecting public, the Spy Racers scramble to stop it.

Echo leads the Spy Racers to the Sahara to find Cleve Kelso, but when they're all captured, Layla and Tony must win a dune buggy race for their freedom.

On the run and facing a shortage of money, the crew turns to what they do best — racing! — to earn enough cash to get them to Mexico City.

The showdown in the Sahara comes to a fiery end when a swirling megastorm threatens to take out everything in its path — including the Spy Racers.

With Kelso's lair in their sights, the team gets dragged into an epic dune buggy chase through the desert. Layla clashes with an old enemy.

Frostee works to bring Ms. Nowhere and the Spy Racers to safety. And now that the agency had turned on all of them, it's time to go rogue.

The Spy Racers help a village with a water well that's run dry. Meanwhile, Ms. Nowhere and Gary try to make contact from the middle of... nowhere.

As Kelso closes in on his evil goals, the Spy Racers face a tough decision in the remote desert. Will they follow their heads or their hearts?

A hurricane in the Sahara? The team finds shelter with a group of Bedouins to escape a storm's wrath. Ms. Nowhere and Gary make an unexpected discovery.