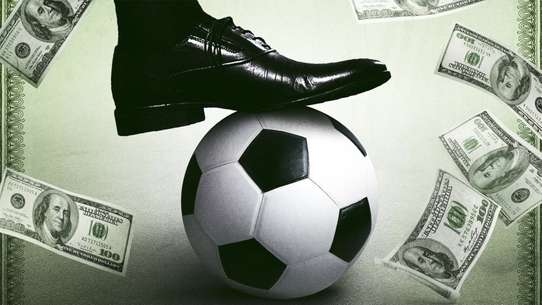 The BEST episodes of El Presidente

Sergio Jadue, a lowly director of a small-town soccer club in Chile, unexpectedly finds himself at the head of the Chilean soccer association. Drunk with power, he becomes the protégée of soccer godfather Julio Grondona, as well as the FBI’s key to undoing the largest corruption scheme in the world of soccer, and to putting the presidents of all of South America’s soccer federations behind bars.

As Julio Grondona used to say, “Everything passes.” Marital difficulties triggered by lies pass. Financial problems pass. National embarrassments pass. The great triumphs that, for an instant, elevate completely unknown countries to the highest of heavens - those too, pass. Money passes. Justice passes. But what happened to Sergio Jadue? Everything.

Luck is for losers. A true winner doesn’t hope for results: he makes them. With this in mind, Sergio Jadue prepares to televise the Copa America group draw to the entire world, as a sort of kickoff event for the tournament that will be held in his county. But there’s no reason to be so serious: first comes a CONMEBOL family tremendous celebration, with the FBI infiltrated at the party itself.

A family governed by traditions and complicity controls South American soccer: the CONMEBOL. But one day, they allow the wrong man to join their ranks: Sergio Jadue, the president of a small soccer club, in a country that has never won anything. Inebriated by power, he becomes a protégée of soccer godfather Julio Grondona, and the FBI’s key to dismantling the web of corruption known as FIFA GATE.

Jadue resorts to the celestial plane to ask for divine intervention before the moral crossroads he finds himself at: Will God have space amongst his flock to accommodate the sinful CONMEBOL family, or will he unleash his heavy punishment onto them? Jadue hopes that his sacrifice as a Lamb of God can cleanse his sins, although he fears that at the end of the road, he might end up crucified anyway.

As the joy brought on by the Copa America tournament spreads throughout Chile, a dark shadow falls over the Jadue Facuse family and the CONMEBOL. Sergio Jadue must now play his final card in order to come out of this free fall with as little harm as possible. People say there’s always a light at the end of the tunnel, but what no one told this man is that some tunnels are blind alleys.

Judgment day has arrived for Jadue, but Agent Harris arrives just in time to rescue the president from the vultures circling around the entire CONMEBOL family’s deathbed. Working against time, Jadue has to find the best lawyers that money can buy - but not even they can save him from what Nene is about to discover.

In soccer, dodges or feints are admired and applauded, but there is one problem: if you can’t pull it off, you’re risking major ridicule. Sergio Jadue is about to pull off the feint of his lifetime, but something goes wrong. Cornered by an FBI agent, he is left with two options: he can collaborate with the investigation, or go to jail. He can either be with the gringos or against himself.

Money is exciting. Grab it, make a stash: a new car, caviar, and why not, buy a soccer team. Pink Floyd said it, not Jadue. With bank account figures he’s never seen before, the La Calera native splurges on himself, followed closely by a reporter. Meanwhile, the FBI is pressing him to deliver some concrete evidence: the time has come to be a rat, or perhaps a monkey, the smartest animal of all.