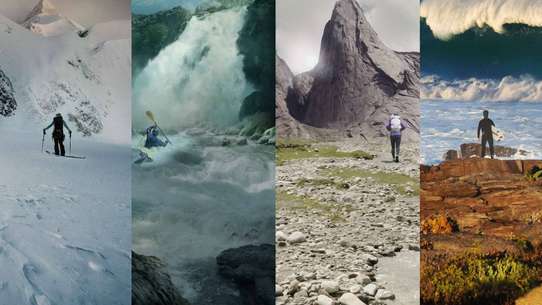 The BEST episodes of Edge of the Earth

A human-powered ski and snowboard expedition in the icy wilderness of Glacier Bay National Park, Alaska.

An attempt to accomplish the first individual free climb ascent of a near impossible free route on Pik Slesova in Kyrgyzstan.

A first descent attempt of the potentially impassable Chalupas River in the vast jungle of the Llanganates National Park in Ecuador.

A pursuit of never before ridden big waves along the remote West Coast of South Africa.