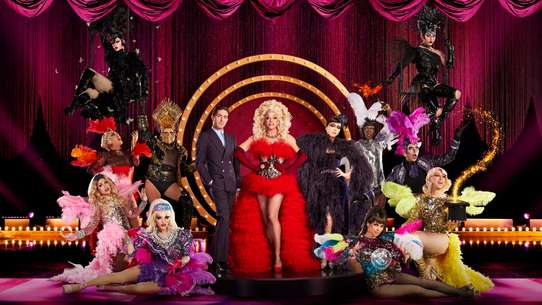 RuPaul’s Drag Race finally arrives in Italy with the 1st season of Drag Race Italia. Drag queen Priscilla, actress Chiara Francini and influencer Tommaso Zorzi join the judging panel. This season, eight drag queens are ready to compete for the title of Italy’s First Drag Superstar. With charisma, uniqueness, nerve and talent at her disposal, which queen will rise above and win it all?

The queens participate in Reading is Fundamental and the iconic Snatch Game. Plus, astonishment is the word on the runway. Nothing is as it seems in this episode where anything can happen!

#2 - Night of a Thousand Raffaella Carràs

The third episode of Drag Race Italia is dedicated to the famous and loved LGBTQIA icon, Raffaella Carrà and includes a Rusical dedicated to her life.

In a disco-themed episode with a very lively mini-challenge, the Rusical returns, and this time it’s dedicated to a great icon of international music: Lady Gaga. On the runway, the category is: dancing queens.

In the Finale the four finalists will perform their own original verses to song by RuPaul. After the runway and one last elimination three of them will battle in a lip-sync leading to the coronation of the Italia's First Drag Superstar.

For the semi-final, friends and relatives will get makeovers to become drag queens for a night. On the Main Stage, the category is “Long Live the Drag Bride.”

In this episode, the queens will face a very special makeover test where they will have to transform a football team into fantastic drag queens! Will they succeed? On the runway, they will have to pay homage to the world of sports with a drag touch.

In the premiere episode of Drag Race Italia, eight Italian queens enter the Werkroom and compete in a classic mini challenge: a photo shoot set in Venice. Then they will be called on to create an Italian style dress to impress the judges on the catwalk.

The queens face a very funny mini challenge: limbo! In the maxi challenge, the queens will be tasked with starring in a commercial! On the Main Stage, they will have to give their best with a look that pays homage to great divas.

The queens star in a passionate interpretation of a hilarious telenovela rewritten in a drag key, and the runway is dedicated to flowers. Who will be eliminated?

Ten new drag queens enter the Drag Race Italia Werkroom for a new season. The first episode, dedicated to Italy, will see them try their hand in a sewing test where they will have to pay homage to Italian art. Special guest is a legendary icon of Italian music: Patty Pravo!

Italian passion for stars and esotericism is the theme of this episode. In the mini challenge, the queens will have to face a very particular quiz that will see them as protagonists. In the maxi challenge, they will be improvised fortune tellers with very special customers. On the runway, the queens bring looks inspired by zodiac signs.