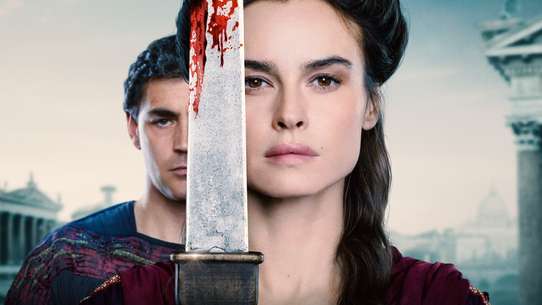 The BEST episodes of Domina

Every episode of Domina ever, ranked from best to worst by thousands of votes from fans of the show. The best episodes of Domina!

The story of Livia Drusilla, from her early life as a naïve young girl in the wake of Julius Caesar’s assassination, through her rise to become the emperor Augustus’ wife, becoming Rome's most powerful and influential empress.

Livia has no choice but to eliminate Marcellus, who plans to kill her sons and exile her when he assumes Gaius' position.

As Gaius' rivals taste blood in the water, Livia must outwit both them and her husband if the family is to be kept together.

As Livia tells her sons about their role in her Mission, the truth behind her part in Marcellus' death threatens to come out.

Gaius' illness causes a political crisis and reveals the weakness of Livia's position without him, a problem she must solve.

Livia's marriage to Gaius is compromised when she learns that she can't bear him any children.

When an amnesty is declared, a pregnant Livia returns to Rome to rebuild her family fortunes and save her friend.

Eleven years on, Livia is married to the powerful Gaius, and is pregnant again. Yet, she does not feel entirely secure.

Livia Drusilla loses everything in the Civil War as her father and husband find themselves defeated and forced into exile.