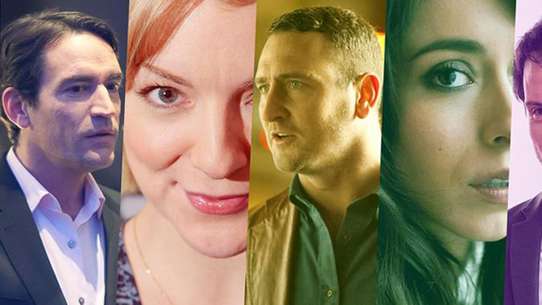 The BEST episodes of Dates

Every episode of Dates ever, ranked from best to worst by thousands of votes from fans of the show. The best episodes of Dates!

David is a lorry driver from Yorkshire making his first foray into online dating. When he meets Mia, a beautiful unknowable siren, he quickly realises that he might have bitten off more than he can chew.

Coming out to her brother hasn't gone well for Erica. He has reacted by setting her up on an internet date with garrulous, unmarriable Scotsman Callum. The date starts badly and quickly becomes disastrous, but somehow a weird kinship emerges.

Mia feels stuck in the difficult position of actually being in a relationship with David. As she is about to meet his children for the first time, events take an awkward turn and she is forced to finally confront the gap in her life which she is attempting to fill.

Erica is a young lesbian who can't pluck up the courage to tell her traditional Chinese family who she really is. But when she meets enigmatic Kate, she realises she can't hide forever.

David is trying to put Mia behind him, but meeting Ellie is not the solution he's looking for. She's far too young, honest and insightful, and has some truths to tell he'd rather not hear.

Jenny has decided to give online dating one last try. After she meets Christian it looks like her prayers have been answered.

Mia is putting herself around town. Stephen is a disenchanted surgeon with a surfeit of self-regard who doesn't know what he is looking for. When Mia gets under his skin, he realises that there might be more to himself than good looks and a high-flying career.

Stephen is waiting for Mia to turn up for a naughty afternoon in a London hotel but soon begins to wonder if he's been stood up.

Jenny is a lonely primary school teacher recovering from a disastrous broken relationship. Nick is a city boy richly endowed with both cash and secrets. On their first date they find out everything there is to know about each other, and knowing everything can be a dangerous and unpredictable business.