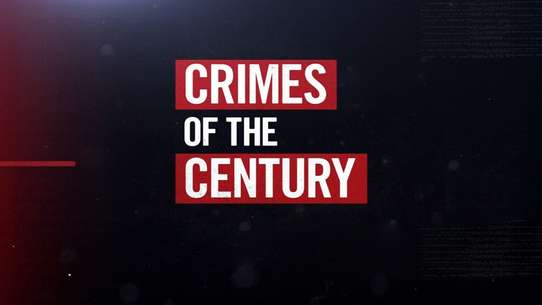 The BEST episodes of Crimes of the Century

Crimes of the Century examines the case of "Unabomber" Ted Kaczynski a serial bomber and former math professor who targeted college campuses and airlines for nearly two decades. After his anti-Technological Manifesto is published, police arrest him in has Montana cabin after a tip from his brother.

#2 - The Murder of John Lennon

Crimes of the Century revisits the shocking 1980 murder of former Beatle John Lennon who was shot repeatedly in the back by assassin Mark David Chapman as he was returning to his apartment. Chapman surrenders to the police and is eventually sent to prison for life.

Crimes of the Century examines the 1993 siege at the Branch Davidian compound in Waco, Texas. When the ATF attempt to arrest Davidian leader David Koresh there is a gun fight and a 51-day standoff that ends with the destruction of the compound and the deaths of most of the Davidians

Crimes of the Century examines the 2002 case of John Allen Muhammad and Lee Boyd Malvo. The two snipers terrorize the residents of Washington, D.C. and its suburbs by randomly targeting and gunning down ordinary citizens in common public areas.

#5 - The State of Texas vs. Andrea Yates

Crimes of the Century looks at the case of Texas woman Andrea Yates killed her five children by drowning them one by one in a bathtub. A media circus ensues at her trial. She is initially sent to prison for life, but is later found not guilty by reason of insanity.

Crimes of the Century looks at the 1995 bombing of a federal building in Oklahoma City that killed 168 people. Gulf War veteran and Bronze Star recipient Timothy McVeigh is caught shortly after the bombing, but questions remain about whether others were involved.

#7 - The Shooting of Ronald Reagan

Crimes of the Century looks at the 1981 attempted assassination of President Ronald Reagan by John Hinckley. Hinckley shot the president because he thought that a high profile assassination would impress actress Jodi Foster. At his trial, he was found not guilty by reason of insanity.

#8 - The Prosecution of Amanda Knox

Crimes of the Century examines the case of Amanda Knox an American exchange student living in Perugia who was arrested and accused of murdering her British flatmate Meredith Kercher. Knox is initially found guilty of the crime, but she argues that she is the victim of a out-of-control prosecutor and press.