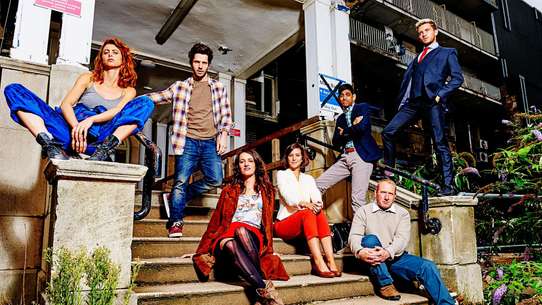 The BEST episodes of Crashing

Every episode of Crashing ever, ranked from best to worst by thousands of votes from fans of the show. The best episodes of Crashing!

"Crashing" is a comedy drama that crashes straight into the lives and loves of six twenty-something adults living together as Property Guardians in a disused hospital. In amongst the asbestos and abandoned x-ray machines live sexually explosive estate agent Sam, frustrated French artist Melody, shy and excitable Fred, and happily engaged couple Anthony and Kate. It’s practically peaceful. That is, until the spontaneous arrival of Lulu, Anthony’s oldest and least responsible friend… In an age of unaffordable housing and sky-high rents, becoming a Property Guardian has never been so appealing, with thousands of people paying as little as £25 a week to live in unoccupied buildings in exchange for 'protecting' the property from disrepair. Just imagine waking up every morning in your own historic building in the most exciting city in the world. Even if it is an enormous, creepy, derelict hospital.

Anthony and Lulu search for Kate, but does she want to be found? Kate and Fred drown their sorrows and get some advice from Jessica. Colin suffers an unfortunate incident and Sam's life begins to unravel.

Anthony helps Lulu to register as a property guardian with the assistance of her eccentric Great Aunt, Gladys. Kate goes on an artistic voyage of self-discovery, while Sam and Will vie for Fred's attention.

Anthony lays on a curry night for the house-mates that descends into chaos. Fred introduces his new boyfriend to the group, Lulu and Kate have a heart-to-heart and Melody reveals her relationship with Colin.

Tensions mount after the housemates are served with an eviction notice. Sam and Lulu try to keep a secret, Fred has to decide where he is going to live and Melody and Colin's relationship takes an unexpected turn.

As Lulu settles into a new home and job, the knock-on effects quickly escalate for Kate as her housemate gets a little too close for comfort. Anthony attempts to have a mature conversation with Lulu, while Melody wants to pin down Colin for a date and Sam encourages Fred to take a day off work - although he seems to have something else on his mind.

The housemates throw a birthday party for Sam, but an unexpected guest arrives.