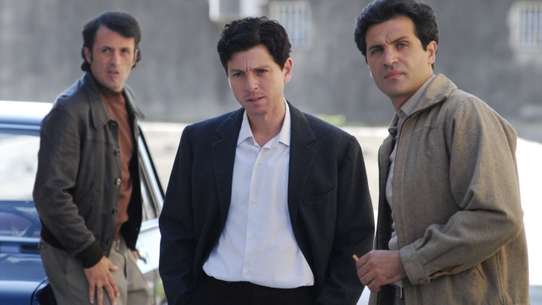 The BEST episodes of Corleone

Every episode of Corleone ever, ranked from best to worst by thousands of votes from fans of the show. The best episodes of Corleone!

Corleone follows the long and bloody ascent of Salvatore "Toto" Riina in the Mafia, starting with his childhood in Corleone, to the violent war that he led in the '80s and '90s against both rival gangs and law enforcement.

In 1943, Salvatore, a 13 years old young man living in Corleone, finds a bomb while working in the fields with his father. Salvatore's father tries to get gunpowder for shells to sell to hunters and get something to supplement his meager salary as a laborer. The bomb explodes and kills him. Salvatore becomes the head of his family with whom he is forced to live in poverty.

Biagio Schiro and Commissioner Boris Giuliano are en route to the airport of Palermo to intercept the French chemists who arrived to teach their counterpart clan Bontade how to cut the drugs. At the last moment, the Commissioner receives a phone call ordering him to do cancell the operation for lack of evidence of the guilt of the French. Toto Riina gives one of the henchmen of Bontade the amount of money which his dying brother needs. Toto and Ninetta are expecting their third child. Schiro and Commissioner Giuliano not giving up.

Biagio and Teresa, now married, just had a baby (Antonio). Meanwhile, Riina is in Palermo with his companions in the offices of Michael Cavataio disguised as soldiers of the Guardia di Finanza. The group consists of Toto Riina, Bernardo Provenzano, Calogero Bagarella and two other men (soldiers of Tano Badalamenti, the boss of Cinisi). The goal is to kill Corleonesi Cavataio, who had previously eliminated Salvatore La Barbera.

Hospitalized after the shooting, Biagio Schiro is recovering from his injuries. Toto Riina, sentenced to life imprisonment, but hopes the sentence gets revoked in the high court. A new judge is going to be appointed head of the investigating center of Palermo. Two men are nominated: Giovanni Falcone and Meli Antonino. Against all odds, Meli wins.

Toto Riina's patience runs out as the Communist deputy Pio La Torre opposes the construction of a military base in Comiso. Commissioner Mangano, now retired, advises magistrates of Palermo who are determined to nail the Mafia to use Biagio Schiro, who he has also recommended to work with judges Giovanni Falcone, Paolo Borsellino and Rocco Chinnici. For his part, Toto Riina summons his killers whom he orders to kill La Torre.